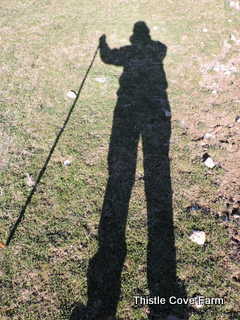 “…but I gave them this command: Obey me, and I will be your God and you will be my people. Walk in obedience to all I command you, that it may go well with you. But they did not listen or pay attention; instead, they followed the stubborn inclinations of their evil hearts. They went backward and not forward.”
~ Jeremiah 7:23-24 ~
“Disobedience and assurance
don’t sleep in the same bed.”
~ Alastair Begg ~

“God does not will He should follow what man initiated. Other than following God’s direction, we have no right to direct him. We have no ability to offer save to obey God’s guidance.”
~ Watchman Nee ~

“Faith never knows where it is being led
but it loves and knows the One who is leading.”
~ Charles Spurgeon ~

“Every great person has first learned how to obey, whom to obey,
and when to obey.”  ~ William A. Ward ~

“If you look up into His face and say, “Yes, Lord, whatever it costs”, at that moment He’ll flood your life with His presence and power.”  ~ Alan Redpath ~

“God has no more precious gift to a church or an age than a man who lives as an embodiment of His will and inspires those around Him with the faith of what grace can do.” ~ Andrew Murray ~

“Nine-tenths of the difficulties are overcome when our hearts are ready to do the Lord’s will, whatever it may be. When one is truly in this state, it is usually but a little way to the knowledge of what His will is.” ~ George Mueller ~

“We might come closer to balancing the budget if all of us lived closer to the Ten Commandments and the Golden Rule.”
~ Ronald Reagan ~

“Wherever you are, be all there. Live to the hilt every situation you believe to be the will of God.” ~ Jim Elliot ~

“Obedience is the key to real faith.”
~ Chuck Colson ~
“Not every one that saith unto me, Lord, Lord,
shall enter into the kingdom of heaven;
but he that doeth the will of my
Father which is in heaven.”
~ Matthew 7:21 ~

Share
Pin
Email
« “And though she be but little, she is fierce.”
So Much of Nothing To Say »