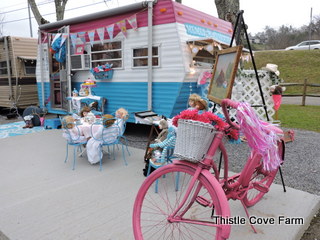 ~ MeMe’s Playhouse ~
If you’re enthralled with vintage campers, you’re going to love these photos and next few posts. Last night, I returned home from a Sisters on the Fly Saddle Up event, sponsored by Pigeon Forge, TN where I joined other like-minded women who “Have More Fun Than Anyone“. It will take me a few days to show you all the beautiful campers, or trailers as they’re called north of the Mason Dixon line, but, trust me, it’ll be worth the wait! 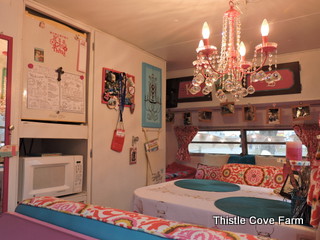 MeMe’s Playhouse won Best Over All as voted by folks who visited the event. See the beautiful chandelier? Yes, the Sisters do go camping, sleep, cook and eat in their campers. They may be gussied up but they do work and get the job done. 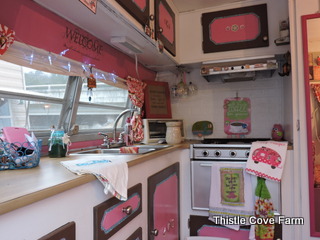 I apologize but can’t give the names of all the campers nor their owners. My job was “floater” which meant I visited each camper, introduced myself as “floater” and asked if the owner needed a restroom break. At the same time, I was taking as many photos as I possibly could…both to blog about but the ideas…the ideas!!! Just about every camper I looked, I said, “Gosh, I’ve got one of those at home…it would look wonderful in my camper.” 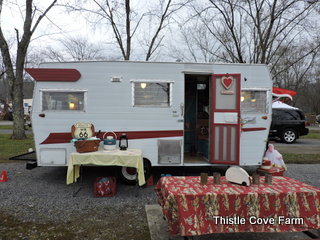 Almost all the campers are vintage but there were a few 2015 reproduction Shasta’s and it’s hard to tell the difference when gussied up. 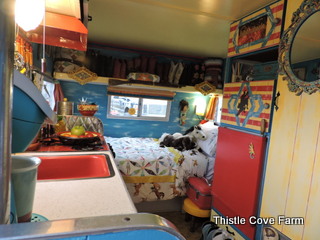 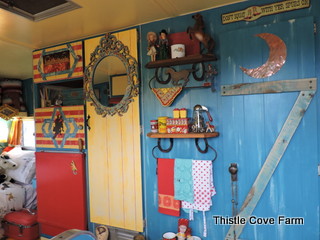 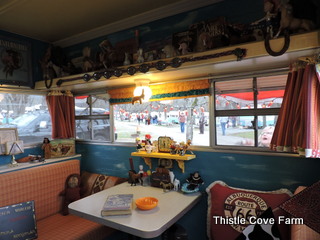 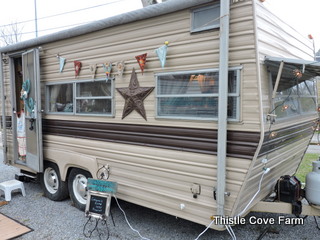 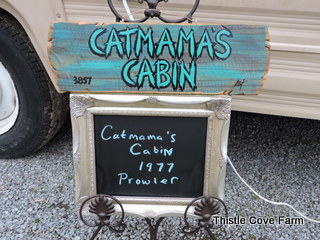 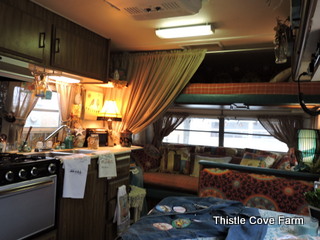 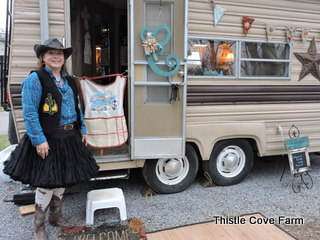 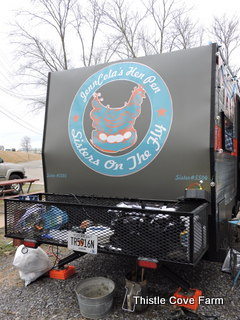 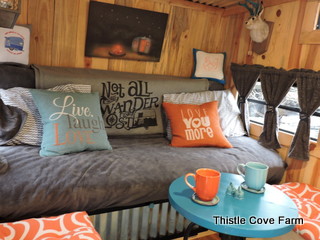 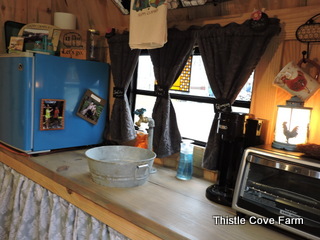 Notice the working sink and faucet between tiny fridge and toaster oven. 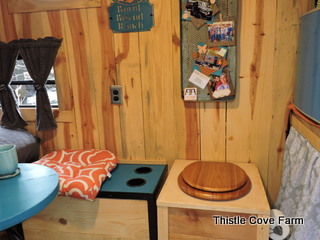 and the working toilet…at least I’m pretty sure it works. 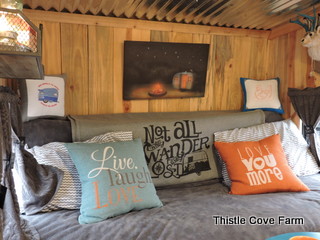 The Tolkien quote, “Not all who wander are lost” was a favorite. 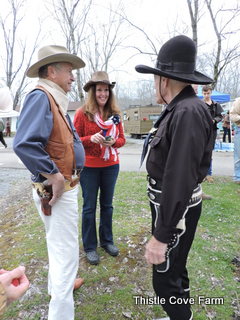 Hopalong Cassidy, aka, William Boyd, (black) visited as did the gent in the white hat John Wayne (thanks Sharon Deel!) standing with DeBorah from GA who owns this 2015 Reproduction Shasta: 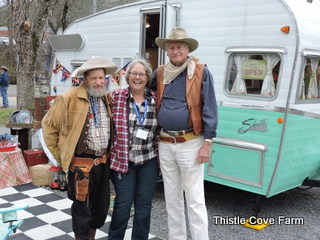 Gabby Hayes, me and the gent in the white hat John Wayne sure wish I’d asked his character because I can’t remember worth a toot! When I asked about Gabby‘s gun, he had all of us in stitches. He pulled it out of his holster and said, “I’m really Superman because I can bend pure steel with my bare hands” and proceeded to bend his rubber gun in half. Then he said, “Oh look, I can also shoot around corners” as he bent the barrel at a 45 degree angle. I apologize to the actors because I didn’t get their real names. For a six year old girl who had to be threatened/pried out of her Dale Evans outfit, complete with twin six shooters, meeting “real”, live hero’s from my childhood just about did me in. 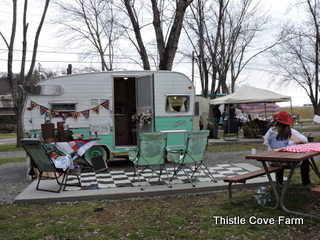 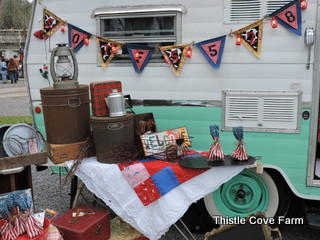 Notice the bunting that says SOTF and her sister number. 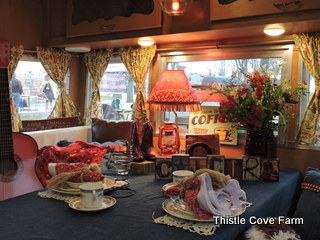 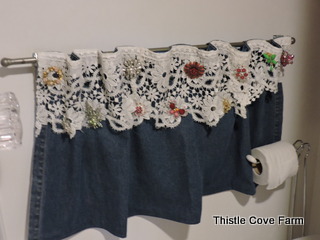 Clever idea (yet another)…the brooches on the curtain are her Grandmother’s…LUV this idea! 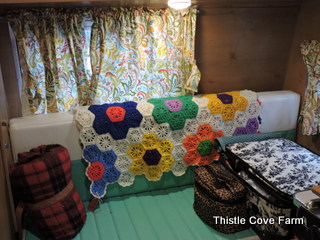 The afghan was, I believe, made by her Grandmother…I have one of my Grandma’s afghans…guess where it’s going?
That’s all for now but I’ve about 250 – 275 photos; no, I won’t bore you with all of them but you’ll see a fair number before I’m finished. Seriously, for those who’ve known my history (Dave’s death, etc.) finding this group of women has been a balm in Gilead and a welcome, most welcome, addition to my life.
Almost everyone names their campers and I’ve been thinking about Sunny Day or Sunshine…something similar because the 1985 Real Lite has a sunflower and rooster theme. The 1967 Scotty has yet to be named but now I’m thinking My Happy Place but it’s all due to change. You know how it is…when a name is right, you know it…boom! I’m still waiting for that boom.
Now, I’ve gotta go search ’round the house…camper stuff is calling my name.
Ponder this…”and though she be but little, she is fierce.”
Share
Pin
Email
« Sabbath Keeping
Sabbath Keeping »