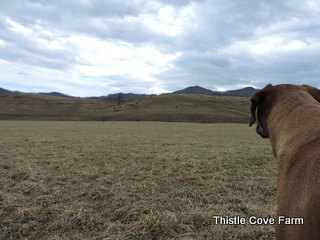 It’s not that I haven’t anything to say, it’s that I’ve lacked the energy to say it. It’s that time of year where we have a warmish, spring like day or three then WHAM! winter says, “Did ya miss me?”  Well, no, not really. Today is Thursday and this is the first day I’ve spent more than an hour inside. I have several female friends who work outside and they agree, the cold totally seeps wicks away any energy one’s body may have stored for such a time. Even worse, the energy needed to perform the most mundane chores is overreaching. 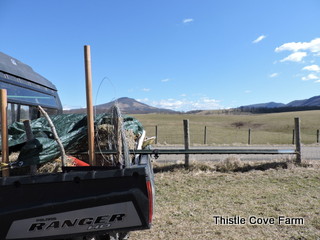 The fence needed repair so I loaded the Ranger with wire, metal T post, tin snips (a poor substitute for wire cutters) and the post pounder. 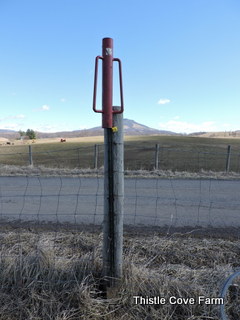 The metal T post is about 7 feet tall, way too tall for me to put it in place and then put the metal pounder on it, in front of the wooden fence post that was broken. I’m guessing, in a scratch attack, some horse had their large rear end up against the post and it broke. I had to lay the T post sideways, slide the pounder on it and the raise the whole thing…heavy, heavy, heavy. 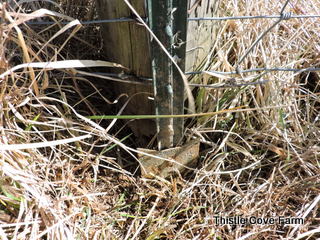 The T post has to be pounded into the ground until the metal triangle at the bottom is below the surface. This is what keeps the post upright. 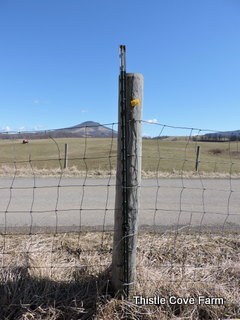 Lastly, the T post and wooden post are wrapped with wire to keep both upright. It was a beautiful day, crisp cold and this job took about 40 minutes. It would take a man 10 minutes and he would have done a prettier, better job but what I did is acceptable and will work. 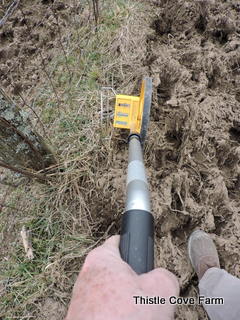 A neighbor and I have a boundary fence that needs replacement because his cattle keep breaking through due to the grass always being greener on my side of the fence! Anyway, I walked the fence line, measuring the distance and it’s approximately 1,300 feet. I’m researching fence companies and will get them to replace another smaller 500 foot section as well as put up a garden gate.

Earlier this week, I bought a cat castle because my animals bring me happiness so I return the favor. Anyway, I needed to move a chair…a crate chair from This End Up, a Richmond, VA store, and if you know that furniture, you know the dang thing weighs sixty, or more, pounds. Between God and I, I moved it out of the sun room, onto the back of the Ranger (bless Dave’s name for buying that Ranger!) then to the studio where I off loaded it and moved it inside the studio. I hope I’m able to get out of bed in the morning and have a feeling I’m holding court in front of the wood stove for the rest of the day.

This morning I got the bright idea to check on This Life I Live, Rory’s blog of Joey and Rory fame. Folks, that was not such a bright idea; by the time I finished, I was holding myself, rocking back and forth, absolutely sobbing. Then there’s Diana and her Hero fighting his battle. I hate to admit it, but some days the pain of living is just downright ugly.

Yet, outside my window, breaking through the cold, hard soil of winter are flowers whose bulbs were planted by me twenty years ago. I’ve heard it said a baby is God’s opinion the world should go on and I believe a garden is tangible hope for all our tomorrows. Those flowers have chutzpah! It’s not been out of the 20’s F for several days and we’ve had snow flurries and ice for many most of those days. 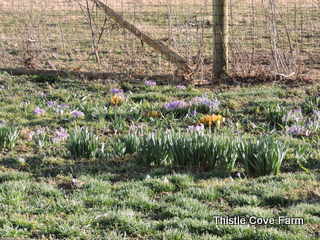 Yes, this post is disjointed but, hopefully, better than nothing. I’m getting stiff, must be from moving furniture and hay, so need to close so I can move about. Maybe walk down and get the mail. That’ll make me appreciate the wood stove all the move upon our return. I have been visiting your blogs, leaving comments but blogger is being naughty and won’t accept my comments. So, when I visit and blogger turns me down, I tuck you in prayer which is way better than a comment, any ole day. Right?


By the way…if you’re near an IHOP on Tuesday, March 8, it’s free stack of pancakes day. Enjoy…

Ponder this ~ God doesn’t want our opinions; He wants our obedience.