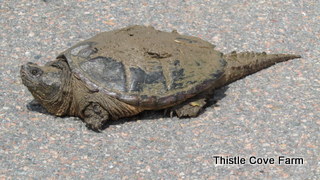 We had Black Friday, Cyber Monday and, now, Giving Tuesday.

Anne Frank said, “No one ever became poor by giving” and Gladys B., my Mom, says, “You can’t out give God.”

It bemuses me we now seem to be a society that 1. has to have a reason for giving and 2. a site for giving. When I was growing up, giving was a way of life. On Saturdays, my parents would do their own work and then help other family and friends do theirs. I well remember working on my uncle’s tobacco farm, for no pay, because he needed the help and I was available. We didn’t give on Tuesday, we gave every day, a way of life then and a way of life now.

Further, I must admit the concept of a day dedicated to giving confuses me but I do have some suggestions about giving. If you’re a Christian, do you know about the ECFA? The Evangelical Council for Financial Accountability “enhances trust in Christ-centered churches and ministries by establishing and applying Seven Standards of Responsible Stewardship to accredited organizations.”  The ECFA, founded in 1979 provides accreditation to almost 1,900 members and represents almost $22 billion in annual revenues.

During this season of gimme, gimme it’s nice to know there’s someplace to go to find out if an organization is legitimate. I don’t believe in, nor give to, the middle man such as united way; I’ve never seen the need to give to a middle man when I can give directly. That and people have told me the united way shuffled money away from some organizations to other organizations they wanted to receive more money. Legal? Of course not but such things happen all the time and one is naïve to think, or believe, otherwise.

When I give, I start locally and then, if funds and interest allow further, I branch out. For example, The Salvation Army is a charity I support because they live and work close to the areas they serve. According to this site, the average Program Director’s salary is $43,700 which is 44% less than the national average. The Program Director’s live and work on site and receive a modest allowance for their vehicle.

Generally, I don’t give to organizations that receive federal, state or county tax dollars because my attitude is, “I’ve already given”. It pains me so many tax dollars go toward the killing of the unborn; it pains me the President supports that killing. God alone knows the loss to the art world, the medical community, corporate American, etc. because those babies have been killed. There are some places I give that aren’t an ECFA member and my reasons are personal…centers that assist pregnant girls and women have their babies then keep the babies or put into adoption; a little girl I taught in Sunday School, now a woman, who is on the mission field with her husband and children; friends…true friends…who are going through hard times; the church and other places of my choosing.

With 1,900 members there are a lot of places to give and give wisely; it’s important to me to be a good steward of what God has entrusted me and the ECFA is a tool I’ve found useful. Perhaps you’ll find it useful as well.