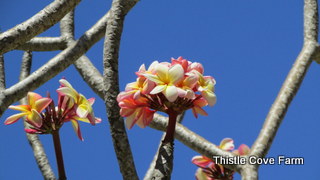 “The lion has roared –
Who will not fear?
The Sovereign LORD has spoken
Who can but prophesy?
~ Amos 3:8 ~

“When the Lion had first begun singing, long ago when it was still quite dark. [Uncle Andrew] had realized that the noise was a song. And he had disliked the song very much. It made him think and feel things he did not want to think and feel. Then, when the sun rose and he saw that the singer was a lion (“only a lion,” as he said to himself) he tried his hardest to make believe that it wasn’t singing and never had been singing–only roaring as any lion might in a zoo in our own world. “Of course it can’t really have been singing,” he thought, “I must have imagined it. I’ve been letting my nerves get out of order. Who ever heard of a lion singing?” And the longer and more beautifully the Lion sang,
the harder Uncle Andrew tried to make himself believe that he could hear nothing but roaring. Now the trouble about trying to make yourself stupider than you really are is that you very often succeed. Uncle Andrew did. He soon did hear nothing but roaring in Aslan’s song. Soon he couldn’t have heard anything else even if he had wanted to. And when at last the Lion spoke and said, “Narnia, awake,” he didn’t hear any words: he heard only a snarl. And when the Beasts spoke in answer, he heard only barking, growlings, baying, and howlings.”  ~ C. S. Lewis, The Magician’s Nephew ~

“Christmas is a time when you get homesick – even when you’re home.” ~ Carol Nelson ~

“I will honor Christmas in my heart and try to keep it all the year.” ~ Charles Dickens ~

“Christmas is the gentlest, loveliest festival of the revolving year – and yet, for all that, when it speaks, its voice has strong authority.” ~ W. J. Cameron ~

“The message of Christmas is that the visible material world is bound to the invisible spiritual world.” ~ Author Unknown ~

“Isn’t if funny that at Christmas something in you gets so lonely for – I don’t know what exactly, but it’s something that you don’t mind so much not having at other times.” ~ Kate L. Bosher ~

“Love is what’s in the room with you at Christmas if you stop opening presents and listen.”
~ Author unknown, attributed to Bobby, 7 years old ~

“Christmas is the day that holds all time together.” ~ Alexander Smith ~

“Christmas is not as much about opening our presents as opening our hearts.” ~ Janice Maeditere ~

“for the spirit of Christmas fulfills the greatest hunger of mankind.” ~ Loring A. Schuler ~

“The message of Christmas is we are never alone.” ~ Taylor Caldwell ~

There has been only one Christmas –
the rest are anniversaries.”
~ W. J. Cameron ~
“And one of the elders said to me,
Weep no more:
behold, the Lion of the tribe of Judah,
the Root of David, has conquered…”
Revelation 5:5 ~

If you’d like a name added to the prayer list, please let me know. My apologies because I cannot remember from week to week; please, don’t be upset with me but gently remind me. Other and I are happy to pray but you must let us know.