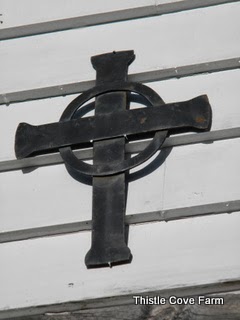 “Woe to him who builds his house by unrighteousness
And his chambers by injustice,
Who uses his neighbor’s service without wages
And gives him nothing for his work.”
~ Jeremiah 22: 13-14 ~

“Nothing is really work, unless you would rather be doing something else.”
~ J. M. Barrie ~

“Hide not your talents,
They for use were made.
What’s a sundial, in the shade?”
~ Benjamin Franklin ~

“I love deadlines. I love the whooshing noise they make as they go by.”
~ Douglas Adams ~
“One can never consent to creep when one feels the impulse to soar.” ~ Helen Keller ~
“Choose a job you love and you will never have to work a day in your life.”
~ Confucius ~
“All happiness depends upon courage and work.” ~ Honore de Balzac ~
“In the name of God, stop a moment, cease your work, look around you.” ~ Leo Tolstoy ~

“Without ambition one starts nothing.
Without work one finishes nothing.
The prize will not be sent to you.
You have to win it.”
~ Ralph Waldo Emerson ~

“Without hard work, nothing grows but weeds.” ~ Gordon B. Hinckley ~
“I believe you are your work. Don’t trade the stuff of your life, time, for nothing more than dollars. That’s a rotten bargain.” ~ Rita Mae Brown ~
“Never say anything about yourself you don’t want to become true.” ~ Brian Tracy ~
“You can’t depend upon your eyes when your imagination is out of focus.” ~ Mark Twain ~
“I’d rather be a failure at something I love than a success at something I hate.” ~ George Burns ~
“The biggest mistake that you can make is to believe that you are working for somebody else…The driving force of a career must come from the individual. Remember: Jobs are owned by the company, you own your career!” ~ Earl Nightingale ~
“If people knew how hard I worked to get my mastery, it wouldn’t seem so wonderful
after all.” ~ Michelangelo ~
“My mother said to me, “If you become a soldier, you’ll be a general, if you become a monk you’ll end up as the pope.” Instead, I became a painter and wound up as Picasso.” ~ Picasso ~
“We either make ourselves miserable or we make ourselves strong.
The amount of work is the same.” ~ Carlos Castaneda ~
“He who would learn to fly one day must first learn to stand and walk and run and climb and dance; one cannot fly into flying.” ~ Nietzsche ~
“Laziness may appear attractive, but work gives satisfaction.” ~ Anne Frank ~

If you’d like a name added to the prayer list, please let me know. Names are kept for one week; around the world, people are praying.”