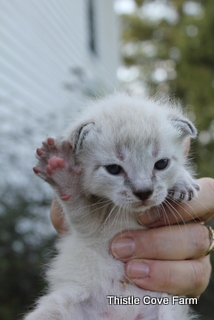 Remember way back in September…down at the barn…this little one, mewling, crawling across the loft while barn owls looked down in anticipation? So I could climb down the ladder safely, I stuffed this little one inside my shirt and brought her to the house. I’m guessing four weeks old, more or less, and it was touch and go for a while. An eye dropper, then a bottle before this little thing was old enough to eat on her own. Kim, a young friend, named it Lily; and, at that age, males and females, pretty much, all look the same. As well, a male’s testicles have yet to drop so determining the gender can be difficult, if not impossible. 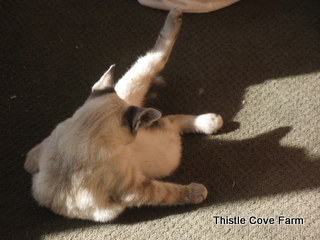 Recently, I’ve been watching Lily as she’s growing from kitten into cat. She’s becoming leaner, more bones and angles and I figured she was going through that awkward teenage stage. However, had I been paying closer attention, I would have realized Lily is Levi. He likes to climb into my lap, early mornings while I’m having devotions, and lay upside down for his stomach to be rubbed. One morning last week, I glanced down and LOW AND BEHOLD it looks like she is a HE! Who knew? Certainly not me! Just to be sure, I reached down and, very gently (or so I thought) gave those little nubbins a mild tweak. SQUAWK! Well, all righty then…that confirms it…Lily is Levi and not happy about having his privates tweaked. No, not happy at all. 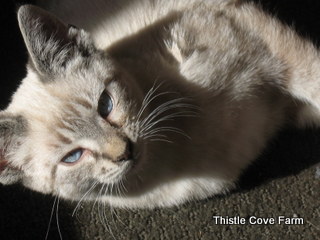 Ahem. Levi, as Stephanie, my Beloved Sistah, has now named him doesn’t seem all that put out by the mistake. He knows I’m, generally, so busy I have to look at my driver’s license to remember my own name so all is forgiven. 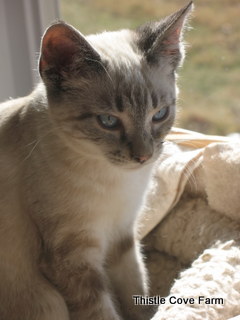