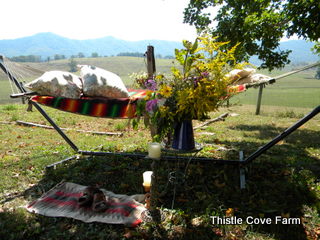 ~ home, where my dreams lead ~

Recently, I asked someone if I’d heard God wrong. I thought He said, “Make the blog a business; tell what you know because every time an old person dies, a library is lost.” I just spent 2 hours writing an article on moving from city to country, hit publish and POOF! it’s gone. I haven’t a clue what I did or where it went but I’m bawling like a calf right now. In searching for it among drafts, I found this post that was never published. So, as nothing is a surprise to God, here’s a post that’s a handful of years old; hope you enjoy.

Some time ago, a blogger hosted “My Other Self”; I’ve had this post since then and, recently, while going through my blog, realized I’d never posted. So…here it is…

My other self met Dave when I purchased the cottage next door to him and, shortly after, we moved, for a while, to Maui, Hawaii where we drove the Hana Road to O’he’o Gulch, but also called the Seven Sacred Pools, and  I (because Dave was the smart one) dived jumped twenty feet into one of the pools. We hung loose and allowed the Almighty to heal us begin healing us. 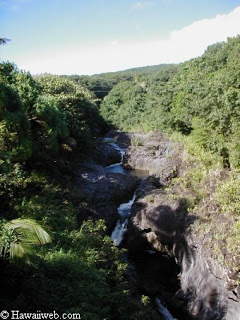 My other self, some time later, along with Dave and a friend someone we knew, rented a 36 foot yacht and sailed the British Virgin Islands. It was a first for Dave and I, the other feller said he knew how to sail. He might have too, but he 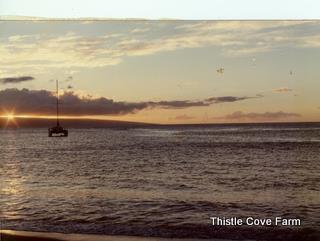 was always so drunk, it was difficult to tell. First night out, Dave was attacked by sand fleas that were in his cabin and, until we could find a doctor, he remained in a reclining position, as his ankles were too swollen to walk without pain. He hobbled where he needed to go but, on a 36 foot yacht, there aren’t too many places to go. I ended up steering sailing the yacht as our “captain” was too hungover, drunk and sea sick to do much of anything other than hang off the back while he fed the fish. Yes, that does mean he was dreadfully sick but not as sick as I wished on him. There have only been two times in my life that I seriously contemplated killing someone; that was one and I can’t remember the other.

We spent a long week, a very long week, sailing around the British Virgin Island in a rented yacht. The very first day out the “Captain” led us into waters he’d signed a rental agreement stating he wouldn’t go. I don’t know if it was the booze talking or he was just an idiot. There were a few shouting matches and at every port of call I’d find a pay phone, call my parents and say, “Keep praying!” Poor them. They were frantic with worry; it was an experience I don’t care to repeat but it was amazing.

I remember docking in the last port, went to the shower room that evening and a bunch of women accosted me. As they circled around me while I was brushing my teeth, I glanced in the mirror. One woman leaned in, “You don’t have to put up with this. You have choices.” HUH? I thought they were lesbians and that was the strangest pick-up line I’d ever heard. I shrugged and kept brushing but they wouldn’t let up. It finally dawned on me they were “rescuing” me from being battered by a man. I’m fair and bruise easily and was covered in bruises from being bounced around in rough seas. I have photos of me with bruises the size of my palm on my thigh and arms because there are NO soft edges on a boat., it’s all hard metal and plastic edges. I tried to convince them I wasn’t being battered by a man, but by a boat, but they were too convinced of their rightness and my, apparent, stupidity at “staying in that kind of relationship” they wouldn’t listen.

When I walked back to the boat Dave was sitting, watching the world go by. He asked if everything was all right and I told him what happened. He said, “Oh, that explains it. A group of women walked by here and everyone one of them gave me the evil eye.” We both laughed because what else was there to do?

My other self formed a friendship with Dave, then love and, eventually, marriage. We were in no hurry. Dave was recovering from Cathy’s (his first wife) horrendous death from cancer, and I was recovering from kissing a lot of frogs. We met in 1989, about a year after Cathy died, and we asked his mother to keep her ear to the ground should anything become available near’ish her. She did and we bought Thistle Cove Farm in May 1995 and were married on the front lawn in July 1995.

We didn’t do all “those things” one is supposed (??) to do when moving. We didn’t research or have lists or check out the county. We dove in with both feet and made it happen which is, pretty much, the way we lived our lives.

P. S. This finishes the draft from so long ago. The article I wrote was how to decide to move from urban to country and, frankly, was rather darn fine. However, it’s gone now, will have to be re-written. So be it. Like I said, it’s not a surprise to God but sometimes, just sometimes, I wish He’d let me in on the joke.

Wishing you the cozy comfort of home and homestead ~