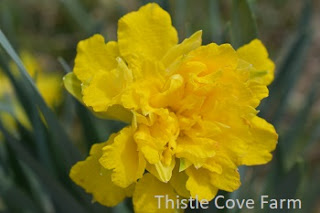 It seems April just got here but considering the events thereof, I’m happy to see her leave. Oh, it started out just fine…April Fool, Easter and full moon…a triple if ever there was one. As to remembering much…it’s like the ole feller said when asked about a fairly recent event, “Well, that’s a foreign country and the borders are now closed.”

Now there were good things in April…my birthday for which I was gifted with Medicare. It hardly seems I’m old enough to drive and the government kicks me to the curb, deny’s (is that correct?!) me the “privilege” of paying $1,100+ a month for insurance and says, “Uncle will care for you now.” Whoa! That’s enough to put the fear of God into an atheist! Beloved Sistah had an April birthday as did friends (Marti, Sharon, Chris, Millie, Mary, Mat). If you’d like to know what happened on your birthday, click here; as to what happened on my birthday…not much and that’s fine with me.

The Powhatan Fiber Festival was this past Saturday and I had a lovely time! It’s been a very long time since I’ve been to a fiber festival and this little festival was fine, fine, fine. I didn’t purchase much (don’t need much) but the yellow felted woolen slippers managed to come home with me and will be used as studio footies. 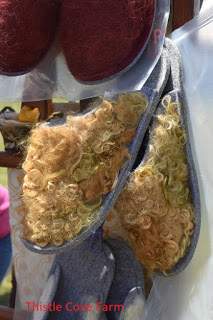 Dyeing 2 Spin‘s Becky Blake did an indigo dyeing demonstration and won me over. She has home workshops and I’ve already sent an e-mail stating my desire to enroll. 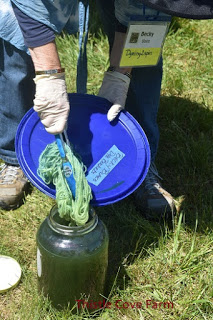 I’ve done a lot of dyeing but never indigo and it’s fascinating stuff! When the yarn comes out of the jar, it’s greenish yellowish but the longer the yarn is exposed to air, the bluer it turns. 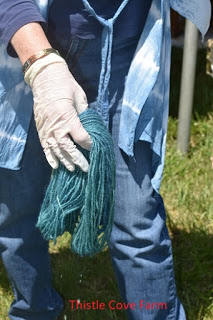 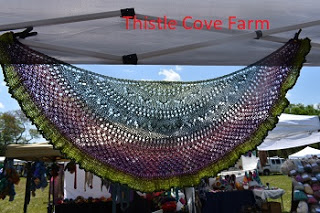 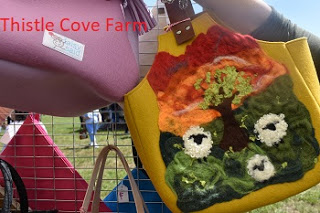 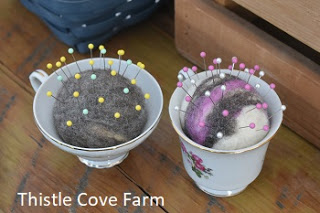 But the BEST, by far, was the studio…it’s closer to being finished! Joe (Cabins and More in Tazewell, VA) did the inside work using R-13 insulation covered with roofing paper which was covered with my rough cut hemlock. He said I should be able to heat it with a candle this winter (grin). 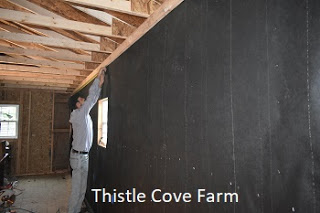 There’s enough wood left to do another building…if I build a farm stay cottage, will you come? 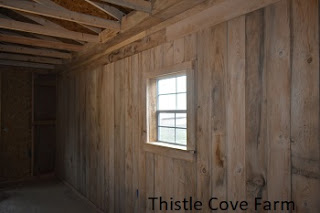 The studio isn’t nearly finished…I need to vacuum the sawdust and dirt then find a roll of vinyl flooring to put down but I’m closer than I was. In my head, I’m already designing the space…ceiling fans, chandelier, a kitchen cabinet area (with a smallish fridge, microwave, electric kettle…shop at Sandra’s!), a hospital bedside potty (brand new at a thrift store) with mosquito netting to make a “room”), a corner cabinet for bits, bobs and beading, a beautiful brown leather sofa (thrift store), areas for spinning wheels, rug looms, small quilt frame, a beautiful wool rug for underfoot, window air conditioner, propane gas fireplace, center table for cutting, piecing, etc., it’s going to be glorious! 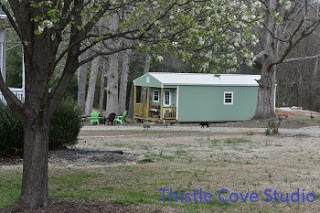 It’s difficult to see but one of the Inkspots is stalking one of the Canada Geese. Inky is just right of mid-center studio and the Canada Geese is ahead, just in front of porch center. I never lack for amusement and since moving here, always take time to stop and enjoy the animals, scenery and simply being here. There’s a lot to be said for simply being.

Other happenings in April ~ Thistle Cove Cottage was sold and I’m refocused on Thistle Cove Studio. Yes, it was rather sad but that season of life has past, it’s time to move forward. 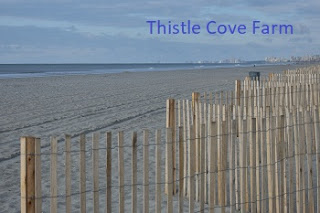 A lot of time and energy has been gladly given to my Mom; she was T-boned in a car wreck and has fractures on hip, pelvis and a chipped ankle bone. She has a long recovery ahead but she’s tough and has already begun physical therapy with an aim toward beating the doctor’s prognosis. Maxine, my friend of longest standing, had surgery today to remove a cancerous brain tumor. As soon as she’s able, she’ll begin chemo and radiation so please keep both women in your prayers. Max and I have known each other for close to 50 years and throughout it all it’s been a friendship of mutual respect and unconditional love. When necessary, we agree to disagree and have given each other room to grow. We know things on each other I’m sorry God knows but I’m also deliriously happy God forgives then forgets!

That’s my April; it’s been chock full and I’ve reached the end tired but with enough energy to continue. Bless God for the gifts of His strength, patience, love, mercy and grace…always grace.

Ponder this ~ “In Essentials Unity, In Non-Essentials Liberty, In All Things Charity“
~ Rupertus Meldenius ~ (in the past, this quote has been attributed to Augustine of Hippo but it’s rightfully Rupertus Meldenius, a Lutheran monk of the 17th century; click here for back story).