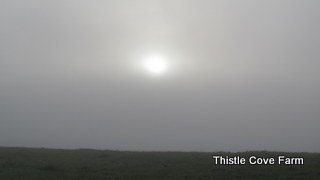 “And God said, Let there be lights in the firmament of the heaven,
to separate the day from the night, and let them be for signs, and for seasons, and for days, and years. And let them be for lights in the firmament of the heaven to give light upon the earth: and it was so. God then made two great lights: the greater light to rule the day , and the lesser light to rule the night: He made also the stars. And God set them in the firmament of the heaven, to shine upon the earth. And to rule in the day, and in the night, and to separate the light from the darkness: and God saw that it was good. So the evening and the morning were the fourth day.”
~ Genesis 1:14-19; 1599 Geneva Bible ~
“Nothing happens until something moves.”
~ Albert Einstein ~

“I may perceive the God whom I find everywhere in the external world in like manner within me.”
~ Johannes Kepler ~

“Astronomy is a science more divine than human.”
~ Copernicus ~

“This most beautiful system of the sun, planets and comets, could only proceed from the counsel and dominion of an intelligent and powerful Being.” ~ Isaac Newton ~
“Who created these laws? There is no question but that a God will always be needed.”
~ Barry Parker ~

“Why should things be easy to understand?”
~ Thomas Pynchon ~

“It is well to remember that the entire population of the universe,
with one trifling exception,
is composed of others.”
~ A. Holmes ~ (by way of Kathy at Cedar Pond)
“O the deepness of the riches, both of the wisdom, and knowledge of God!
how unsearchable are His judgments, and his ways past finding out!
For who hath known the  mind of the Lord? or who was his counselor?
Or who hath given unto him first, and he shall be recompensed?
For of him, and through him, and for him are all things:
to him be glory forever. Amen.”
~ Romans 11:33-36 ~ 1599 Geneva Bible ~