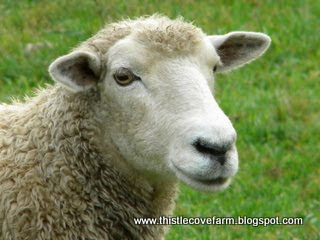 The storms may now, officially, be called summer storms and our hay is still uncut. There’s nothing for it and the feller we’ve retained to cut says it’s still better than his hay. Tonight the weather called for “summer storms” with high winds of thirty mph and lighting strikes from cloud to ground. Fortunately, that’s the storm, thus far, about fifty or sixty miles away. I’m good with just rain, ta very much! The sheep are suffering and that’s one reason I wait until April to shear. It leaves them with a short coat but, even so, as the summer wears on, it’s still a wool coat and it’s still in the 80’s and 90’s. I don’t even want to try to imagine wearing a wool coat on days that hot! 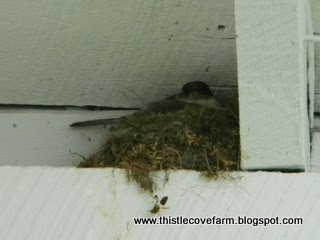 Mama Bird has built her nest just to the upper right of the studio door. That means we have to be very quiet with no slamming of the door when we use the studio. By we, of course I mean Abbie, Sadie and Sam, my very artistic companions.  Right now, they are outside playing while Dave watches from the comfort of the back porch. That’s where I need and want to be but also wanted to let you know about the latest orphan here on the farm. 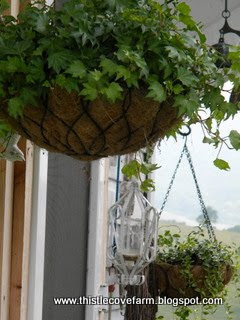 You’re right, this isn’t a particularly great, not even good, photo but it, for whatever reason, pleases me. I haven’t the slightest idea why it should, but it does. 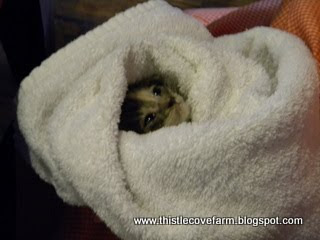 Yesterday morning, this is what I found at the barn. She is a poor, pitiful scrap who fought me tooth and nail as I captured her and brought her to the house. Her eyes were matted shut so she was blind and couldn’t see a thing; God alone knows how she managed to crawl up to and into the manger where I feed the barn cats. I haven’t any idea if she’s the only one in her litter and, sad to say, I generally can only catch the kittens if they are sick and can’t run very fast. Then, it’s a struggle to gentle them and get them to the healthy and well stage. 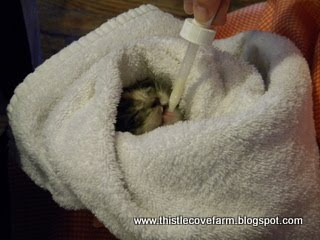 She’s wrapped in a towel to keep her from scratching me bloody. We keep kitten milk replacement on hand and it only took a moment or two to mix with water and begin feeding. At first, she was a bit tentative but, once she tasted the milk, was a willing and eager partaker. 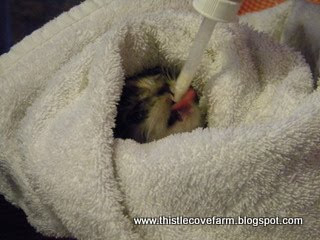 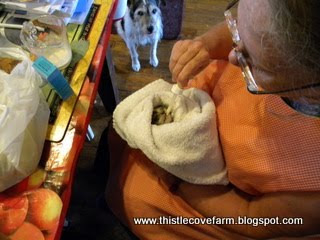 After she, or he, who knows when they are this young…eats, I take a washcloth that’s been soaked in warm water and wash her face. She’s almost purred, once, and when she does, that will mean a corner turned and she’ll be on her way to accepting “captivity” and will settle down.