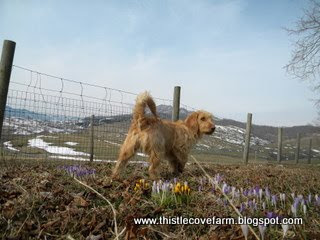 This past Sunday during children service, a little boy declared he was, “sturbed up!” Meaning, he was very disturbed, over what I’m not sure, but he was indeed, “sturbed up!”

I am STURBED UP! Plenty!

It’s not enough Congress is finagling a way to cram Obamacare down our throats, they are finagling a way to do it without actually taking a vote! Dave and I have already called our “representative” who, frequently, acts as if he works for Obama and not “we, the people”…come to think of it, if his voting record is any indication, maybe he does work for Obama!…and, if you live in Ms Pelosi or Mr. Reid’s district, all I can say is, “God help you.”

According to this article in the Washington Post, Ms Pelosi “may use tactic allowing members to vote on measure that presumes bill has already passed.”  This “procedural sleight of hand” means “…the House would vote on a more popular package of fixes to the Senate bill; under the House rule for that vote, passage would signify that lawmakers “deem” the health-care bill to be passed“.

Read more of what Rep. David Dreier, California, the ranking Republican on the House Rules Committee, said about being “resigned to letting congressional Democrats make the Senate health-care bill the law of the land without ever holding a vote on it in the House of Representatives by passing a rule governing debate on another bill, the budget reconciliation, that “deems” the health care bill as passed.”

Did you know if this latest 2,000 plus page, up from 1,000 plus pages, version passes there are all sorts of oink, oink added? YO! President Obama: I thought you said you’d have “transparency and open government” and “no bribes, iow, pork” oink, oink.

For example, a person will be forced to keep their child on their health insurance policy until said child is 26 years of age. Don’t you think that should be your decision based upon your circumstances? If you own a small business, it’s doubtful your small business will survive. Extremely doubtful. As in won’t and simply because you won’t be able to afford to pay the government mandated health care insurance.

While I’m rolling…AARP. It’s your parents’ organization but no longer seem to represents them nor anyone else. Did you know AARP totally supports Obamacare? Do you know why? It’s because AARP is a huge provider of “Medigap” plans and made more than a half-billion dollars in 2008 on their Medigap plan. If obamapelosireidcare passes, more seniors will be forced to buy such supplemental insurance. Hmmm. I wonder who benefits from close association?

The mind reels and the little gray cells are dizzy!

Please understand, I am not against health care reform. I am against the government butting in and fixing the health care problem as well as they have fixed Medicare and Medicaid, both of which are somewhere north of SIXTY BILLION DOLLARS in fraud each and every year! CBS says Medicare and Medicaid are one of the best paying most profitable crimes in the USA each and every year!

If Obamapelosireid, et. al., want to fix health care, why not start with Medicare and Medicaid? HELLLLOOOO!!!

Yep. I’m sturbed up, plenty! I’ve already called my Congressional rep so all of you…take a deep breath, plug in your zip code, get that telephone number and CALL YOUR REP TODAY…NOW! It probably won’t do any good but at least you can hold your head up when the pasture piles hit the fan.

As my friend Sharon says, ” the job of government is to protect life. Nothing more…that is all government should do, guide, guard and govern = protect. It’s what God told Adam and it is still true.”