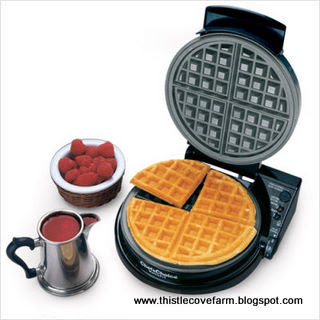 According to the National Center for Policy Analysis, NCPA, even the “terrible, lousy, no-good, horrible health care system we now have in the USA” -emphasis mine and great sarcasm intended- is a lot better than the rest of the world. For anyone with cancer, you’ll live longer and a lot better in the USA than Europe or even Canada…gasp!

Betsy McCaughey, former Lieutenant Governor of the State of New York, is a person some like to hate but when she wrote the article U.S. Cancer Care Is Number One for the NCPA, she cited Lancet Oncology. These aren’t her opinions; these are facts:

-following a cancer diagnosis, American women have a 63 percent chance of living at least five years compared to 56 percent for European women. Only Sweden, Belgium and Switzerland have an overall higher rate of 60 percent but that’s still less than the USA. For breast cancer, the five year survival rate is 14 points higher than European survival rates!

-For American men, it’s 66 percent compared to European men at 47 percent; only Sweden has an overall higher rate of 60 percent.

As with mammograms; 84 percent of us age 50 to 64 have regular mammograms; I’ve yet to hear a doctor deny that early detection using mammograms is essential in finding and treating breast cancer. This percentage is higher than Australia, Canada or New Zealand and much higher than Great Britain’s 63 percent.

So, please explain, again, Mr PresidentObamaPelosiReid, perxactly why your health care upheaval is better than what we’ve already got?

Hmmmm…I didn’t think you could.

According to a recent NY Times article -which I’ve failed to capture the address-, if the ObamaPelosiReid health care upheaval is passed, the tax dollars of millions of hard working Americans will may go toward funding abortions. I say may because liars figure and figures lie and the truth will only be told after, “we have to pass the health care bill first and then you’ll see what’s in it” Pelosi said.

Oh…you don’t think the bill includes abortion funding? Well, unless Congress explicitly excludes abortion as “essential benefits”, abortion is included. Since Congress has already shown what kind of “back bone” they have, it’s a pretty safe guess those amoebas won’t exclude anything…unless it’s themselves from the cesspool they are damming the rest of us to wade swim.

The ole gal is slowing down but want to, in closing, address the millions of tax dollars received by Planned Parenthood each and every year. Kathryn Jean Lopez wore an article The Greening of Planned Parenthood which said, in part that in 2008, Planned Parenthood received 305.3 million dollars in government funds…hahaha, they mean Tax Payer Dollars, sacasm mine,…in 2005-06 fiscal year. That number has only grown since. Planned Parenthood’s political-action committee alledgedly had some 10 million dollars…Tax Payer Dollars…to spend on an anti-John McCain campaign. Now, I don’t care if you voted or didn’t vote the McCain ticket, but it riles me beyond belief that Planned Parenthood used American Tax Payer Dollars to buy a President. It riles me when any organization does it but it’s called lobbying and therefore not bribery. Or, so I’m told. But…
HEEEELLLLOOOO! Can you say with me…CONFLICT OF INTEREST?!!! That is NOT how we want our money used!!! “Guide, Guard, Govern = Protect” is how to spend our money. Not on things that divide us but on things that unite us.

Can you hear me now? It’s NOT YOUR MONEY! It’s OUR money and we’re sick and tired of you spending it like there’s a population growth going on. Between fewer children actually being born and Planned Parenthood killing off the ones being conceived, there soon won’t be ANY money er, children in the form of tax payers. DUH! I’m not the brightest crayon in the box and I’ve got that one figured out.

“Let me get this straight…we’re trying to pass a health care plan written by a committee whose chairman says he doesn’t understand it, passed by a Congress that hasn’t read it but exempts themselves from it, to be signed by a president that also is exempt from it and hasn’t read it and who smokes, with funding administered by a treasury chief who didn’t pay his taxes, all to be overseen by a surgeon general who is obese, and financed by a country that’s broke.
What the hell could possibly go wrong? “

I’m not against health care reform; I’m against the government thinking they can manage business when they can’t even manage Medicare and Medicaid or…Cash for Clunkers or…oh never mind!

Contact your representative NOW so you can hold your head high later!