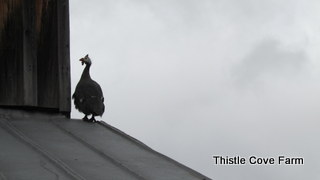 “If you do not take the distinction between good and bad very seriously, then it is easy to say that anything you find in this world is a part of God. But, of course, if you think some things really bad, and God really good, then you cannot talk like that. You must believe that God is separate from the world and that some of the things we see in it are contrary to His will. Confronted with a cancer or a slum the Pantheist can say, ‘If you could only see it from the divine point of view, you would realize that this also is God.’ The Christian replies, ‘Don’t talk damned nonsense.’ For Christianity is a fighting religion. It thinks God made the world–that space and time, heat and cold, and all the colours and tastes, and all the animals and vegetables, are things that God ‘made up out of His head’ as a man makes up a story. But it also thinks that a great many things have gone wrong with the world that God made and that God insists, and insists very loudly, on our putting them right again.”
~ C. S. Lewis ~
“Anyone who thinks sitting in church can make you a Christian must also think that sitting in a garage can make you a car.” ~ Garrison Keillor ~

“Science without religion is lame,
religion without science is blind.”
~ Albert Einstein ~

“He died not for men, but for each man. If each man had been the only man made, He would have done no less.” ~ C. S. Lewis ~
“All I have seen teaches me to trust the Creator for all I have not seen.”
~ Ralph Waldo Emerson ~
“No woman wants to be in submission to a man who isn’t in submission to God!” ~ T.D.Jakes ~
“God allows us to experience the low points of life in order to teach us lessons that we could learn in no other way.” ~ C. S. Lewis ~

“The Christian ideal has not been tried and found wanting.
It has been found difficult; and left untried.”
~ G. K. Chesterton ~
“If any of you lacks wisdom,
you should ask God, who gives generously to all without finding fault,
and it will be given to you.“
~ James 1:5 ~

Share
Pin
Email
« WOW! Almost…almost…Above Freezing! But Not Quite…
Winner, Winner…and do you know what makes me happy, happy, happy? »