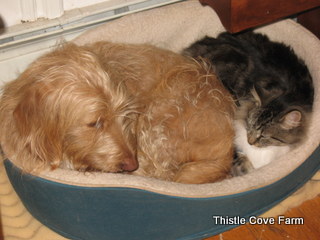 
If you’re a female reader, them’s fighting words, eh? Women are trained, from girlhood, to not only be busy but to multi-task. In my experience, and I’ve had a fair share, multi-tasking simply means we I reach burnout faster and more deeply exhausted. If you’re a female Christian, and practice your faith, not merely go to church occasionally, you’ve probably been taught to, always, put others first. You know…JOY, Jesus first, others second, yourself last…and that’s good…except when it isn’t. Yes, always put Jesus first by having your devotions in the morning to prep yourself for the day and whatever is allowed to cross your path. You also need to get them out of the way.

She didn’t just write that, did she? Yep, I did. Again, in my fair share of experience, when I don’t have my devotions in the morning, before most everything else, they usually get pushed to the nether regions of the back, back burner and, at bedtime I tell myself, “I do double tomorrow.” That’s just not good business or practicing Christianity because, throughout the day, I’m left with the nagging feeling (could it be my conscious? wry smile) that I could have done better, accomplished more and been more gracious or calm.


Thistle Cove Farm has taught me some wonderful lessons…some terribly hard and others wonderfully grand. When Dave and I first moved here, I worked seven days a week because there was always work. This farm had not been owner occupied since 1948 and decades of tenants and no funds by the owners had left it looking sad and shabby and not in a shabby chic sort of way either. Also, in 1899 the house burnt to the ground and this replacement was built during the years of 1900-1902. Most of the barns and outbuildings were built in the 1800’s and they looked worse than sad and shabby; they looked like they were standing on last legs. The fences were neglected and standing solely due to God’s grace and lack of imagination on the part of the livestock.

Each morning, I’d fix coffee and breakfast then head outside where I’d work eight hours a day. It wasn’t long before I was feeling a trifle resentful because it seemed the job was huge and I was small. Barns were filled with junk, the house was filled with junk and the carpenters were spending eight hours a day renovating the house and living here. Not only was I working on cleaning up the farm and house, but because we’d torn out the very old kitchen appliances, I was fixing three meals a day for upwards of fifteen people, using a Coleman two-burner camp stove, a charcoal grill and several large coolers. My sense of being overwhelmed came to a head very quickly, mostly, because I wasn’t putting myself first. I was doing my own work, the work necessary to keep the workers working and it felt like I was putting in sixteen hour days!

Oh my yes, there was grumbling but you know what? No one starved, they ate breakfast and supper at home like they should have been doing in the first place. I still fixed three meals a day for Dave and I and lunch for the workers but I stopped fixing the rest of the meals. We still had two carpenters living with us but when I stopped doing it all, Dave stepped up and started fixing supper and that left me a lot more time to work on the farm and in the barns. He and I reached a place where our efforts were put to good use; I’m better in the mornings, he was better in the evenings. I’d fix coffee and a big breakfast; we’d have sandwiches for lunch and he’d fix supper.


Dave died in November, 2011 and the work load doubled immediately. All those things he’d been doing now were my jobs as well as the work I already shouldered. Even so, the admonition of “don’t just do something…be still” serves me well. Sundays are reserved for devotions, church and, sometimes, catching up with friends. The rest of the week I work but Sunday’s are kept deliberately holy…remember the Sabbath and keep it holy…a time of rest, renewal, relaxation, recreation and a lot of porch sittin’ time! Some Sundays, if I don’t go to church, I’ll spend the entire day without speaking to another human being; that can be a good thing, probably for all of us. wry smile


God has given me the gift of being, mostly, comfortable with myself and I enjoy His, and my own, company. On Sunday’s, I don’t do much other than keep still in order to face whatever He has in store for me in the coming week. If I have a bona fide emergency, I’ll deal with it but that’s all; I’ll keep the rest of the Sabbath holy. I don’t just do something, I stay still so I’m better prepared for the rest of the week and life.