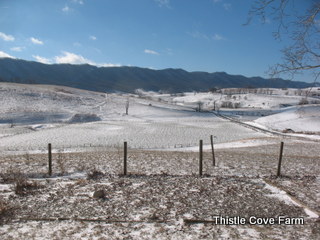 “And it came to pass in those days that there went out a decree from Caesar Augustus that all the world should be taxed. And this taxing was first made when Cyrenius was governor of Syria. And all went to be taxed, everyone into his own city.”


Were you crippled? Mentally incapacitated? A widow? Just buried your parents? A pregnant woman in the late stages of her pregnancy? Poor, with no money to travel? Had you lived, since one year of age, in a place not of your birth? Were you elderly? Were you orphaned? Too bad; you had…HAD…to travel to the place of your birth so the census could be taken. Each man, woman and child had to be accounted for and counted according to the male heads of household.

NO Exceptions by order of Caesar Augustus!

“And Joseph also went up from Galilee, out of the city of Nazareth in Judaea, unto the city of David which is called Bethlehem (because he was of the house and lineage of David) to be taxed with Mary, his espoused wife, who was great with child.”


Mary was young and heavily pregnant, probably in her last trimester. The journey was 90 miles…90 long, weary, dusty, dangerous miles. Mary and Joseph had plenty of time, as they walked, to discuss many things…the angelic visits, the way they had, probably, been shunned, the Good News and, to my mind, the all important questions of

Perhaps Mary rode a donkey but the Bible doesn’t say. I wonder at both…walking 90 miles or riding a donkey 90 miles…both boggle my mind, especially as she was, heavily, pregnant. Surely it must have rattled her teeth, riding that donkey; have you ever ridden a donkey? They can be gentle beasts or they can be ornery as all get out but their gait isn’t exactly smooth, especially the little Jerusalem donkeys as the smaller ones are called. They are so short, both in height and length and when they walk their pace is jarring!


As a side note…the little Jerusalem donkeys have a cross on their back…the east/west section runs across the shoulders and the north/south section straight down the backbone. Tradition says it is this little donkey that carried Christ into Jerusalem thereby being marked forever.


Did tongues wag back home when Mary turned up pregnant and unmarried, merely engaged to Joseph? You know they did! Whispers, sly glances, the “good ladies” of the village making sure to avoid Mary and spreading the gossip as fast as their tongues could wag!

“And so it was that while they were there, the days were accomplished that she should be delivered. And she brought forth her firstborn son and wrapped him in swaddling clothes and laid him in a manger because there was no room for them in the inn.”


When Mary went to visit Elizabeth, who was pregnant with John the Baptist, did Mary help Elizabeth deliver her baby? Is that where Mary received her training in how to push, breath, tie the umbilical cord, wrap the child in swaddling clothes?

Mary, how did you know?

I have read when poor people of that time traveled, they wore their death shroud under the robe. If, for whatever reason, death should befall them while on the road, the one or ones left behind, wouldn’t have to pay for burial clothes. Mary’s death shroud was Christ’s swaddling clothes, a portent of the future some thirty-three plus years later.

“And there were in the same country, shepherds abiding in the field, keeping watch over their flock by night. And lo, the angel of the Lord came upon them, and the glory of the Lord shone round about them: and they were sore afraid.
And the angel said unto them, “Fear not: for behold, I bring you good tidings of great joy, which shall be to all people.
For unto you is born this day, in the city of David a Savior, which is Christ the Lord.
And this shall be a sign unto you; ye shall find the babe wrapped in swaddling clothes, lying in a manger.
And suddenly, there was with the angel a multitude of heavenly host, praising God and saying, Glory to God in the highest and on earth, peace, good will toward men.”


Shepherds were among the lowest of all groups; they were outcasts, didn’t bathe very often (if ever), slept on the hard ground, ate whatever they could kill and didn’t make it to town very often. Yet, God…Almighty GOD…sent the Good News first to these lowly esteemed men!
Generally, in the Bible when angels appeared to folks, their first words were, “FEAR NOT”. A good thing, don’t you think? My knees would have been knocking, my heart pounding, my life flashing before my eyes.

Do you believe in angels? I do.

“And it came to pass, as the angels were gone away from them into heaven, the shepherds said to one another, Let us now go even unto Bethlehem, and see this thing which has come to pass, which the Lord has made known to us.
And they came with haste, and found Mary, and Joseph, and the babe, lying in a manger. And when they had seen it, they made known abroad the saying which was told to them concerning this child. And all they that heard it wondered at those things which would told them by the shepherds. But Mary kept all these things and pondered them in her heart.”
Red verses taken from KJV.

Mary, did you know?

Do you know Jesus? No, not as an historical figure but do you know Him as your Savior? That tiny babe, born to a virgin…probably both of them, Mary and Joseph…would grow up as a carpenter’s son (I wonder, did he flinch every time He pounded a nail?) and, with his death on a cruel cross, turn the world upside down.
Christianity is more than a religion; it’s a relationship.

A relationship between you and the Son of the Almighty God. You’re not a Christian because you go to church…any church, any denomination…you’re a Christian because you’ve said yes to Christ. You don’t have to understand (I certainly don’t), but only come to Christ as a child comes to your knee.
“Dear Jesus, I don’t understand but I choose to believe You are the Son of God. I choose to believe what the Bible says about You; I choose to believe You died so that I might live with You, in heaven, throughout eternity. Jesus, I choose to believe and as Thomas said to you, “help me believe.” Please, come into my heart, help me make room for You; help me live for You. Thank you, Jesus. Amen”
That’s it; pretty simple, eh? Yes, it really is that simple and, yes, you’ll still have problems but you’ll deal with them better.
Please don’t replay that tired old onion, “I don’t like going to church because it’s full of hypocrites.”
You bet and that’s one reason I feel so comfortable there! -smile- Do find yourself a Bible believing, teaching, preaching church to attend, surround yourself with folks who are ahead of you in the walk; let them help show you the way. Read your Bible every single day; find a version you like (I like the King James Version) and ask God to help you understand. He will!
We practicing Christians (as I call myself because it’s a daily walk) are just like you…except we’re spending eternity in heaven and not hell. Someone asked me, “Is Jesus the only way to heaven?”
We’ll, that’s what both the Bible and Christ say and as a Christian that’s what I believe. How on earth could I possibly call myself a Christian and not believe what Christ Himself said? I can’t, neither can you, it’s impossible!
If you’ve prayed this prayer and would like a Bible, please let me know; I’ll send you one.
God loves you so much,” He sent His only Son that whoever believes on Him, will not perish, but have everlasting life.”

MERRY CHRISTMAS!
Prayer Keeping ~ please visit another Sabbath Keeping post and pray for the folks listed. My desk top computer isn’t working and I’m using a mini-Acer laptop; eye strain is severe and after this long post, I’m trying to save a few blinks ~ God loves you with an everlasting love and underneath are His everlasting arms. ~
Share
Pin
Email
« Dear Beloved Sistah,
Sabbath Keeping »