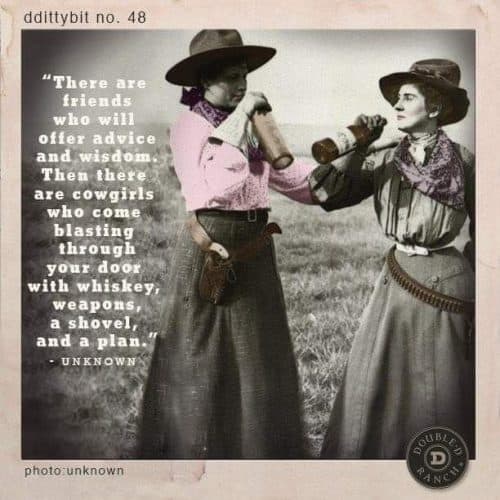 “TO MARY MARGARET McCASLIN: On how, after weathering a bereavement, one feels abandoned by God; on how God works on our behalf even when we feel He is inactive; and on the necessity of continuing to use the ordinary means of the spiritual life during times of extraordinary need.

Thank you for your letter of the July 25th. I will certainly put you in my prayers. I can well believe that you were divinely supported at the time of your terrible calamity. People often are. It is afterwards, when the new and bleaker life is beginning to be a routine, that one often feels one has been left rather unaided. I am sure one is not really so. God’s presence is not the same as the feeling of God’s presence and He may be doing most for us when we think He is doing least.

Loneliness, I am pretty sure, is one of the ways by which we can grow spiritually. Until we are lonely we may easily think we have got further than we really have in Christian love; our (natural and innocent, but merely natural, not heavenly) pleasure in being loved—in being, as you say, an object of interest to someone—can be mistaken for progress in love itself, the outgoing active love which is concerned with giving, not receiving. It is this latter which is the beginning of sanctity.

But of course you know all this: alas, so much easier to know in theory than to submit to day by day in practice! Be very regular in your prayers and communions: and don’t value special ‘guidances’ any more than what comes through ordinary Christian teaching, conscience, and prudence.

I am shocked to hear that your friends think of following me. I wanted them to follow Christ. But they’ll get over this confusion soon, I trust.

From The Collected Letters of C. S. Lewis, Volume III; compiled in Yours, Jack”

“But in this season, it is well to reassert the hope of mankind rests in faith. ‘As man thinketh, so he is.’ Nothing much happens unless you believe in it and believing there is hope for the world is a way to move toward it.” ~ Gladys Taber ~

“Where dips the rocky highland
Of Sleuth Wood in the lake,
There lies a leafy island
Where flapping herons wake
The drowsy water rats;
There we’ve hid our faery vats,
Full of berrys
And of reddest stolen cherries.
Come away, O human child!
To the waters and the wild
With a faery, hand in hand,
For the world’s more full of weeping than you can understand.

Where the wave of moonlight glosses
The dim gray sands with light,
Far off by furthest Rosses
We foot it all the night,
Weaving olden dances
Mingling hands and mingling glances
Till the moon has taken flight;
To and fro we leap
And chase the frothy bubbles,
While the world is full of troubles
And anxious in its sleep.
Come away, O human child!
To the waters and the wild
With a faery, hand in hand,
For the world’s more full of weeping than you can understand.

Where the wandering water gushes
From the hills above Glen-Car,
In pools among the rushes
That scarce could bathe a star,
We seek for slumbering trout
And whispering in their ears
Give them unquiet dreams;
Leaning softly out
From ferns that drop their tears
Over the young streams.
Come away, O human child!
To the waters and the wild
With a faery, hand in hand,
For the world’s more full of weeping than you can understand.

Away with us he’s going,
The solemn-eyed:
He’ll hear no more the lowing
Of the calves on the warm hillside
Or the kettle on the hob
Sing peace into his breast,
Or see the brown mice bob
Round and round the oatmeal chest.
For he comes, the human child,
To the waters and the wild
With a faery, hand in hand,
For the world’s more full of weeping than she can understand.” ~ WB Yeats ~

Until now, I haven’t mentioned when I first moved to this farm, immediately, or so it seems, death struck. But wait, let me back up…when Dave was diagnosed with cancer, I stood in church and with broken voice, said then asked for prayer. That was the last time anyone in that church acknowledged us until the week after he died. No phone calls, no visits, no cards, not even an e-mail. We were left to fend and fight for ourselves. We left Tazewell for Richmond and Dave’s treatment at MCV which is where his first wife, Cathy, died. I never questioned what or why or when or how anything Dave wanted. He wanted and it was my job to make it happen, so I did. I’ll forgo the details of the next year but, trust me, it was gruesome.

People I’d known for forty plus years never called, sent a card, visited or even e-mailed. The week I buried my husband, one woman sent a letter which roughly stated, “I’ve decided to come out of the closet and tell people I’m a liberal. Conservative friends have no place in my life now but if you want to stay in my life, send a Christmas card.” I’m not sure I sent any Christmas cards that year; I do remember staying on the farm, hunkered down, caught between life and suicide. Two other forty plus year folks kicked me to the curb and during a particularly morose time, I talked with Gina, a neighbor and friend, and wondered “why?” she said, “Seriously? You don’t know? It’s because you’re doing so well. People want to see you fall apart, do something stupid and you’re not doing any of those things.” I didn’t/don’t want to believe her, yet I do wonder. Are people that shallow and cruel?

When I came home from burying Dave (he was buried beside his first wife in Hollywood Cemetery), Daniel and Morgan, his daughter, came every night for a week. Their kindness has never been, nor will (hopefully) ever be forgotten. At the community Christmas supper, Anne walked into the room, saw me and plunked her infant son in my lap and said, “Here! You look like you need to hold him” or words to that effect. She was right. That squirming bit of boy was a tonic I still remember with fondness. Years later, her SIL invited me to Thanksgiving dinner, the first time I’d been surrounded with that many celebratory people in a very long while. Donna invited me for supper and these are all the people I remember putting kindness first to me. Mary is the only one who kept up and because of her grief, understood, in part, my grief. She kept me a part of her family and I still grin when I remember how excited her children were when I asked, “Mary, what are you going to do with that turkey liquid? Would  you like me to make gravy?” The children’s excitement was such a gift!

Memory is strange even without a life shock disrupting the synopsis, causing them to fire erratically. I do remember a funny story told to me…a group of men standing around talking, their small sons listening and another man walked up. Shake and howdy’s were exchanged and one small boy looked up and said, “Hi, lying Brian!” The silence was stupendous and the man exclaimed, “WHAT did you call  me?!” The child looked up in innocence and said, “Lying Brian. That’s your name, ain’t it?” Out of the mouths of babes! That same man owes me money I’ll never see and I chuckle every time I remember the story.

When I moved to this farm, Max, a friend of fifty years was engaged in major life and death health battles. Years before she’d had emergency heart surgery and that began a handful of years of more and more horrendous health battles. Max is the cowgirl bosom friend alluded to in the photo and a truer friend I never had. At least with skin on. Less than a year later, she was dead and a few months later followed by Sharon, a friend of thirty years. All this to say, friends of long years are gone, save one but that friendship isn’t based on Jesus. Still, I’m grateful to her she hasn’t kicked me to the curb and enjoy the times we do catch up with each other.

As usual, this blog is being used to sort through (out?) the confusion of grief, loneliness, solitude. Loneliness and solitude while similar, aren’t the same. Solitude is welcome and loneliness overwhelming and, thankfully, not a frequent visitor. Lewis claims loneliness grows one spiritually and though I can’t say I actually know this, I accept it. I don’t think of myself as courageous or strong or spiritually further along (although I’m not quite sure what that means) but Lewis is much wiser and every so much more brilliant so I do accept this as truth. One thing I do know is I’ve always tried to say YES! to God and He’s taken me on some rather incredible adventures while keeping me safe daily. He’s used this blog and my willingness to be transparent (ouch!) to bring hurting people sustenance of the spiritual and emotional kind and if that’s His plan for me, I’m willing.

This hood called widow is a hard place; so, I imagine, is being a single parent or an orphan or one with physical ailments, etc. I imagine we’re all lonely, at times, and some deal better than others. When I think of Amy Winehouse or Robin Williams I weep at the loss of them and so many brilliant others and even those, perhaps, not so brilliant. Those like me, garden variety folks trying to be kind (unfortunately not always succeeding), trying to exhort, encourage and share Jesus. All too frequently I struggle with depressive, suicidal thoughts brought on by the one who hates all of us.

the one who loves us most, whispers, “Listen to Me. Read My Word. You are the apple of My eye, I rejoice over you with singing, there are no surprises to Me. Abide with Me, abide with Me.”