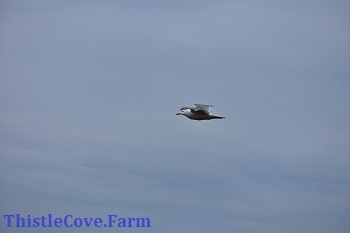 Helen is a 91+ year old friend who spends a portion of each day fighting.

Yes, you read that correctly…fighting.

Helen bought a new, larger vehicle because her contemporaries, for the most part, have stopped driving and voted Helen designated driver. She keeps her car washed, waxed, shiny bright clean much to the delight of a red bird as cardinals are sometimes called. Any time of the sun shining day, the red bird sits on the side mirror and chatters at his image. When he’s especially agitated, he’ll peck the mirror harshly. Helen has long since found his antics endearing and is now engaged in a battle to make him stop. (er, excuse me but…haha)

Such battle consists, primarily, of shooing him away when she wants to drive somewhere and the rest of the time she stands at the window and mutters darkly. I find this, and all Helen’s stories, enormously amusing and then one day God whispered to me, “Sandra, do you recognize yourself in that bird?”

That God; such a kidder, eh?

My mind began whirring; was a redbird mentioned in the Bible? A stork, sparrow, owl, ostrich…but no redbird. Not that I’m always successful, but over the years I’ve learned not to jump ahead of God. This time I waited. 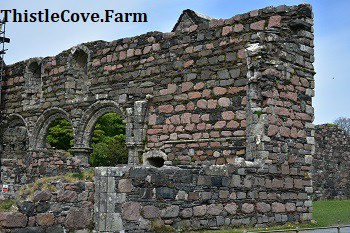 He continued. “That little bird, so satisfied with himself, has taken it upon himself to engage in a futile battle. He’s tilting at wind mills, shoveling smoke and arguing with himself. You’re most like that little bird when you fret and worry over circumstances in your life. Have I not said, “Cast your cares upon Me for I care for you?”

Another gulp while I pondered Job’s wisdom about bringing my argument to the table.

“Fear not for I am with you always.”

“But God, the loggers are trespassing and stealing my trees…”

“The cattle on a thousand hills are mine. Are not the trees as well?”

“But God, I’m getting older (thank You for the gift of years!) and am losing strength…

“My strength is sufficient.”

“But God, friends have deserted me…”

“You have a Friend who is closer than a brother.”

When I focus on my “But God…” I lose sight of the whole and the whole is eternity. We fight not against principalities but it’s a spiritual battle and a war Christ has already won. After Dave’s death, God allowed me to see Exodus 14:14, “Stand still and I will fight your battles for you.” I like to think I don’t shovel as much smoke but I’m far too guilty of remembering the arrows finding the bull’s eye of my heart. The folks who…and didn’t. 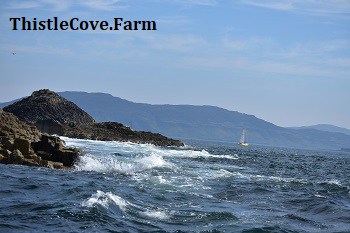 His great love is bigger than my doubts, fears, feelings and more fierce than I can imagine. He would give up Creation for me and did give up His Son. That BIG love is scary; a mother’s love pales in comparison. The God who has always cared for me,but not my failures, shortcomings, mistakes, ugliness, harsh words, broken promises, but for me still loves me. He still loves you as well, no matter what you’ve done.

And then, I’m frightened all over again. What do I possibly have to offer in order to receive such a love?

The same as you.

Absolutely nothing. Nothing of any value other than my seemingly worthless self.

God made humans in His image and when Eve was deceived and Adam disobeyed, His image, if you will, also shattered and His great, perfect Plan? It too shattered. Then, He gave us a second Plan; one to redeem us and give us a way to return Home to Him. He restores us and restores His Plan and He allows us to put His gift of free will to much better use. 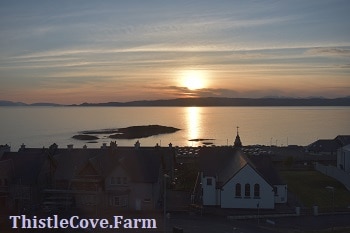 This week we celebrate the day the rest of history began. Christmas Day. His Story. His Birth. Jesus was born to die. We are born to die but because Jesus was also born to be resurrected, we too may live again, for all eternity, with Him.

More BIG thoughts and will I be like the redbird, looking at my image, anxious about what I see?

Or, will I fix my eyes on eternity, knowing each and every thought, word, action, deed is now the foundation for then?

No one is perfect, save the One whose gift I’ve accepted and, this morning, in the dark quietness of pre-dawn, God, through His Word, lets me know pieces of His Great Plan. He’s giving me today to be patient, kind, long suffering, gentle, peaceful, merciful, full of grace and to tell someone, somewhere His plan. He’s telling me no matter what I’ve done or said or thought He still loves me. He doesn’t love those words or thoughts or actions that pierce His heart but when I say, “I’m sorry” and ask forgiveness, He restores my brokenness.

“Shhhhh. Shhhhh. Shhhhh.” Declares God. ” I forgive you. Don’t bring it up again because I won’t remember. It’s gone. Forgotten. As far as the east is from the west, I remember no more.”

And for this moment, in the quiet darkness of pre-dawn, God has fully restored me to wholeness. The looking glass is smooth, shiny, clean and the reflection of His Word pulls me closer to Him as He beckons me Home. 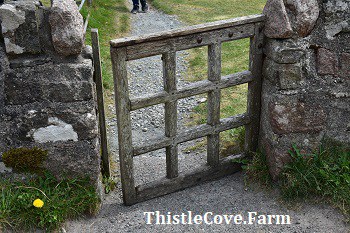 P. S. If you’d like a 2020 pocket calendar, send your snail mail address and one will be mailed to you. It’s a gmail address, ThistleCoveFarm or, if you haven’t, please sign up to receive updates; the box is on the right side of my blog. Thanks!

Happy Christmas to you and yours!

Share
Pin
Email
« The Stockings Are Hung, Winter is Here…
Such a Strange Way… »