You may ask, “What in the world do aprons have to do with Sabbath Keeping?” Everything and nothing. This morning I woke early, as usual, and after taking care of animals, drinking coffee while having devotions, I got ready for Sunday School and church. I was still early and could barely walk I was so exhausted, so decided to have a toe’s up for 20 minutes. I woke more than four hours later! “If I didn’t wake up, I’d still be sleeping” so said Yogi Berra and I feel the same. It’s now late evening and I’m still fuzzy, foggy and in dreadful need of (more) sleep. Perhaps I’m crazy but I truly believe sometimes the best and most sincere prayer we can prayer is sleep (especially those who think of work as one of God’s great gifts), knowing we rest securely in the love and safety of Christ. I rarely collapse into sleep but when I do, it’s for hours and hours and have been known to sleep through a ringing telephone two feet from my head. I’m blaming it on the heat, which is brutal, unrelenting and is a shroud of wet heaviness. Dear God have mercy. And it’s not even June; almost, but not yet.

The up side is laundry drying on the line looks wonderful, smells even better and the first is almost dry as I’m hanging up the last. My vintage aprons are so sweet and these are only a small handful; the rest are still packed in a box and will be a nice surprise when found eventually. Would you like a chance to win one of those aprons? Read on…

Do you know the names Samuel and Susanna Wesley? Samuel was a Reverend in the Church of England, poorer than the proverbial church mouse and together, he and Susanna (she was the 25th child of her father) were the parents of nineteen children, nine of whom died in infancy. I don’t believe theirs was a happy marriage. It’s recorded they quarreled about everything…politics, religion, money or the lack thereof because they were constantly in debt and once her husband spent nine months in debtors prison. Another time he left the family for an entire year to work in London and one wonders what she did for money and it’s noted he wasn’t well liked by his rural congregations. Twice they lost everything to fire suspected to be caused by arsonists because of his didactic preaching. Add to that children, one crippled, all needing food, shelter, clothing, educations and it’s an overwhelming mare’s nest of a muddle.

Susanna was quite often, for all intents and purposes, left a single parent and she instructed all her children, girls included, in both classical and Biblical education, beginning when they were five. Over the course of a week, she would spend an hour daily with each child, which is remarkable in and of itself but what’s more remarkable, she first made time to pray and read her Bible.

Her daily work load included tending and schooling ten children, milking, chores, keeping a home and all the rest, yet she still committed two hours for prayer and devotions! Martin Luther said, “I have so much to do that I spend the first three hours in prayer.” Both he and Susanna understood the principal of God handling their time most beneficially when they first committed their time to Him. Because they honored God first, He caused their work to fit their time.

Susanna wrote, “We must know God experientially for unless the heart perceive and know Him to be the supreme good, her only happiness, unless the soul feel and acknowledge that she [the heart] can have no repose, no peace, no joy, but in loving and being loved by Him.” She taught her children to observe when she had her apron over her head, she was in prayer and not to be disturbed.

Do you see that picture? When Susanna was seated, Bible in lap, apron over her head, her children knew to be quiet because Mother was speaking with God.

She was more gifted than her husband at teaching the Bible and reaching people and, at one time, had more than two hundred people in attendance. She was a much stronger influence on her children than was their father and their two sons, Charles and John, reached millions for Christ in preaching and hymn writing. Charles wrote over five thousand hymns (900+ listed here and Jesus, Lover of My Soul is a personal favorite) and, during his life John preached to, collectively, almost a million people and it is John who is the Father of the Methodist Movement or Church. Wesleyan theology is also the foundation of the Holiness movement, the Nazarene church, the Christian and Missionary Alliance and many others. Due to their Mother’s influence, both sons were passionate about their relationship with Jesus and led untold numbers to salvation.

So, back to the aprons: If you’d like a chance to have one of my aprons, I’m drawing two names from the e-mail list. Yes, you have to sign up to receive e-mails from me; that’s your entry. I’m giving away two aprons…any of the aprons from the right but excluding the last two longish ones on the extreme left. Those are my pinnies and almost worn through from use. These aprons are mostly handmade, some from old shirts, one looks to be a piece of a tablecloth and the yellow, center, is made from a hand towel. Two random names will be drawn Friday, July 5 and you’ll be notified via e-mail and have 24 hours to send me your snail mail address or another name will be chosen. 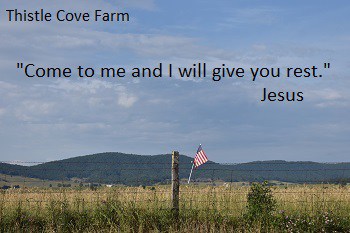