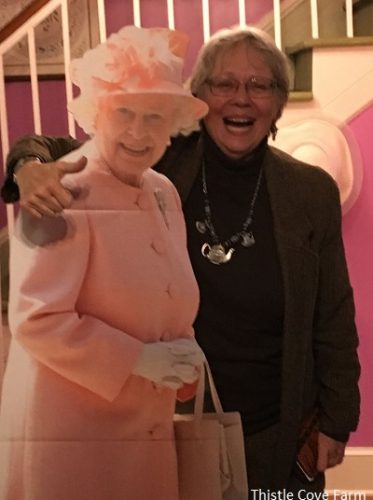 All day long I’ve pondered what to post for today’s Sabbath Keeping and I’ve come up blank.  It’s not the Bible’s fault; it’s entirely on my shoulders. Life has been F.U.L.L. lately so, I’ll just give a little update. The calendar says it’s spring but the temperatures are hurrying summer right along and while it’s not quite as hot as the hinges of hell, summer is marching on and coming quickly.

The horses have decided it’s so hot, they can forgive (and perhaps forget) the matriarch’s death, Peaches, last November. She died under the run-in shelter at the barn and even though I cleaned the area, I feel quite certain “something” lingers. This is substantiated by the fact the other three horses have stood in freezing weather, cold temperatures…sleet, rain, ice, snow… instead of going under that shelter. The heat has driven them to seek relief from the sun and barn doors are kept open with fans going 90 to nothing in an attempt to keep them comfortable. In an attempt to be a good steward, I do the best I can and leave the rest to God. Only folks who live closely with animals know what I’m talking about; the rest of you lot just have to take my word.

The first week of this month I purchased hay for the horses; Mr. Johnny B. (as I think of him) is my “hay guy” and has the best hay I’ve seen since I grew it at the other farm. He’s a great guy, has a wonderful reputation in the community, is married to a lovely woman and is active in his church. Just the kind of folk I like to do business with as I don’t have to count my fingers after shaking hands (haha). Actually, last year when I bought hay from him, I pulled out the exact amount of money to pay him but, for the love of all that’s holy, could not figure it out. In my hand, the exact amount of money was ready to hand over but then my mind went blank, totally, and on top of that, I started falling apart. He pulled out his phone (calculator…ha! another phone thing I didn’t know about) to show me the math. I just shook my head and said, “Please just tell me how much I owe. I’d rather you think I’m stupid than a cheat.” That “falling apart” hasn’t happened in a long time and it took months to figure out WHY? It finally came to me…it was the anniversary of Dave’s death and while my mind didn’t associate the day, my heart and body did and reacted, or is it responded, accordingly.

Why am I still amazed? Yet, it was only last September someone told me about “cognitive/complicated grief” which is recognized, more and more, as a debilitating outcome of grief. In a nutshell, “falling apart” isn’t something one can control; one must simply ride it through to a natural end. At the time, Mr. Johnny B. was kind and when I saw him earlier this month, I explained…not because he needed/wanted an explanation but because I needed/wanted to give one. I’d rather he not think I’m kRaZy as a loon – grin. Lord knows what all his helpers and my helpers thought! Come to think of it, I don’t really want to know; probably best not to. Or is that too? Sheesh. I need to hurry along and finish…my brain is sizzling.

So, anyhoo, maybe someone reading this needs to know; if not for themselves, perhaps for someone else. Let’s face it people, it’s a frosty ole world and one thing we can do is be kind to each other.

Perhaps you’ve seen the photo of Her Royal Highness Queen Elizabeth and me but if you haven’t, this is the intro to my vaca (as my sister called it) this month. Actually, I didn’t get home until after 7 p.m. and am fair tuckered out! I didn’t take a “vaca” last year; was too busy with…I was going to list stuff but it’s simply L.I.F.E. This year, to celebrate my 66th birthday I went to Scotland then London. Daily, at 9 a.m. I was ready to take on the trip with vim and vigor but at 9 p.m. I was ready to throw in the towel, crawl into bed and cry myself to sleep.  But, all told, GREAT trip…simply GREAT! As always, I prayed for God’s favor, blessing and gift of safety, strength, the kindness of strangers, good weather, etc. and it was all mine. Everyone kept telling me, “This weather is so unusual; you’re very lucky.” My response was always, “I prayed for this weather and God blessed me with yes!” Sometimes people would look at me like…hmmm and other times they’d say, “Would you consider staying in Scotland?” Well, yes. But no.

IF you’re interested, I’ll do a post with photos and commentary but it’s all right if you’re not interested. I don’t want you to think I’m bragging unless you think I’m bragging on God…that’s fine…but it was an amazing trip…met Mags, a Belfast, Ireland blog friend and her friend, Catherine, in Edinburgh and things just kept keeping more and more wonderful!

Mags and her friend, Karen McCartney, have authored/edited #31 Blessed, “31 women discuss their thoughts on the Proverbs 31 Woman, asking if she is still relevant and what she says to us today.”  All proceeds go toward Sophie McCoo’s work with UCCF (Universities and Colleges Christian Fellowship), “an organisation that supports the work of Christian Unions in universities-encouraging Christian students and reaching out to those who may encounter Jesus for the first time.” One plants, one waters and God receives the harvest. You might know some of the contributors as some are bloggers.

My copy was schlepped across the pond, left with Mags to be autographed by (lots) contributors and Mags will mail to me at a later date. Mags is just nice thataway, doncha know?!

I’m reading A History of Scotland by Neil Oliver and it is fascinating! Some months ago, I found the book at a thrift store and bought it thinking, “I’ll read it sometime”. I started it before I left and am only one-third of the way into because it’s so interesting I keep making notes.  It was interesting also that I felt and looked so at home in Scotland; I was among people who looked like me…Celtic, fair hair, fair skin, green eyes. In one of those “can you believe it?” items, my parents gave me names that mean “happy helper” and my surname is from Benedict meaning to serve the King.

Family oral history says my paternal line crossed the English channel from the coast of Britanny, France (northwest coast) settling first in Wales then in Ireland. The Hamrick’s, also spelled Hambrick, came to the New World, landing in Fredericksburg, VA in 1654 and set about distinguishing themselves. My 8th or 9th Great-Grandfather, Benjamin, served with George Washington; his pension application, with signature, is here. Great-Great Aunt Mayme Hamrick was a lawyer and, if not the first female, certainly among the first, to argue law before the state supreme court. I write these things not to brag but to remember; everyone deserves to be remembered.

Of course that’s not the “real” Queen but it was a funny, cute introduction. She is someone whom I tremendously admire and am pleased she speaks about her Christian faith.

That’s the short (ha!) version of catch-up; hopefully you aren’t bored. If you are, all I can say is I’m sorry and why are you still reading? (haha!)

You are blessed to be a blessing. This week, give away all your smiles, kind words, tenderness, hugs, pats on the back…be the love in someone’s life you want someone to be in yours. Cast your bread upon the waters and it will return.