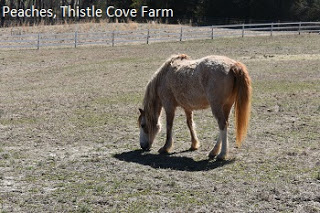 “Lord, thou hast been our dwelling place in all generations.
Before the mountains were brought forth, or ever thou hadst
formed the earth and the world,
even from everlasting to everlasting,
thou art God.”
~ Psalm 90:1-2 ~

“We meet aliens every day who have something to give to us. They come in the form of people with different opinions.” ~ William Shatner ~

“I would rather be what God chose to make me than the most glorious creature that I could think of; for to have been thought about, born in God’s thought, and then made by God, is the dearest, grandest and most precious thing in all thinking.” ~ George MacDonald ~

“Perhaps we’ve never been visited by aliens because they’ve looked upon Earth and decided there’s no sign of intelligent life.” ~ Neil deGrasse Tyson ~

“My folks came to the US as immigrants, aliens and became citizens. I was born in Boston, a citizen, and went to Hollywood to become an alien.”
~ Leonard Nimoy ~

“Still round the corner there may wait
A new road or a secret gate
And though I oft have passed them by
A day will come at last when I
Shall take the hidden paths that run
West of the Moon, East of the Sun.”
~ J. R. R. Tolkien ~
“Our Constitution protects aliens, drunks and US Senators.”
~ Will Rogers ~
“Those who belong to God are aliens in this world.
Those who belong to this world are alienated from God.”
~ Ephesians 2:12 ~

Peaches died today; she’s been a faithful friend, loved by everyone who met her. She’s gone to meet Lightly, her first foal, Abigail, Gracie, Shadow and all other Thistle Cove Farm inhabitants who loved her. I’m quite confident Dave met her at the pearly gates.