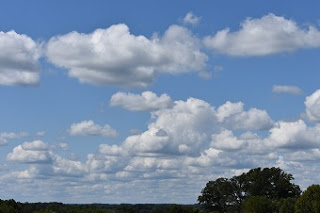 
Are you familiar with the Reformation? If you’re a Christian, please accept my wishes for you to have, and celebrate, a true holiday…a holy day known as the Reformation.Here on the farm, we don’t “celebrate” halloweenie because it’s not a holiday…not a holy day. I’ve never been a fan of death, dieing and destruction; I’m a child of Light and celebrate Life and choose not to associate with nor decorate with things signifying death and destruction. Why on earth would any sane human being, deliberately, invite such into their lives? Nor, have I ever understood the “need” some folks have to watch horror movies and be frightened out of their minds. I just don’t understand but, to be truthful, haven’t spent a whole lot of time trying to figure it out. I’m tolerant, just don’t want the sordid mess at my doorstep. Dr. Martin Luther, on October 31, 1517 posted his 95 Theses or Disputation Against Indulgences on the castle door and mailed same to various local Catholic bishops and, forever, changed the Catholic church’s stronghold on the Christian faith. Luther taught that salvation through acceptance of Jesus Christ is a free gift solely through the grace of God and cannot be purchased with money nor earned through good deeds. In effect, Dr. Martin Luther challenged Pope Leo X and the entire Catholic church and further stated the Bible should be in German, the language of the people and not, solely, in Latin, the language of the Catholic church. Just thirty years before Luther’s birth, Johannes Gutenberg invited printing from movable type and, it’s been said, Gutenberg’s invention allowed Martin Luther to “throw ink at the devil”.

So, Happy Reformation. Because of a monk’s great courage almost five hundred years ago, you and I have salvation through the shed blood of Jesus Christ. Alone. Not because it can be purchased with filthy lucre nor earned by doing good works. Radical thinking. Even more radical to accept.

“Out of love for the truth and the desire to bring it to light, the following propositions will be discussed at Wittenberg, under the presidency of the Reverend Father Martin Luther, Master of Arts and of Sacred Theology, and Lecturer in Ordinary on the same at that place. Wherefore he requests that those who are unable to be present and debate orally with us, may do so by letter.
In the Name our Lord Jesus Christ. Amen.