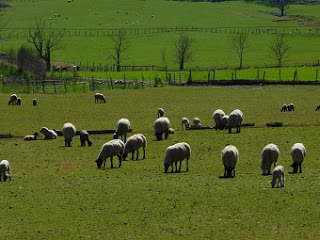 “And I will give you shepherds after my own heart,
who will feed you with knowledge and understanding.”
~ Jeremiah 3:15 ~
“A good sermon is not like a club that beats upon the will
but like a sword that cuts to the heart.”
~ Tim Keller ~

“It was strictly forbidden to preach to other prisoners. It was understood that whoever was caught doing this received a severe beating. A number of us decided to pay the price for the privilege of preaching, so we accepted their [the communists’] terms. It was a deal; we preached and they beat us. We were happy preaching. They were happy beating us, so everyone was happy.” ~ Richard Wurmbrand, Tortured for Christ N/E ~  (click on Pastor Wurmbrand’s name and listen)

“It is no use walking anywhere to preach unless our walking is our preaching.”
~ Francis of Assisi ~

“The backslider likes the preaching that wouldn’t hit the side of a house, while the real disciple is delighted when the truth brings him to his knees.” ~ Billy Sunday ~

“I preached as never sure to preach again,
and as a dying man to dying men.”
~ Richard Baxter ~

“A man who first tried to guess ‘what the public wants’, and then preached that as Christianity because the public wants it, would be a pretty mixture of fool and knave.” ~ C. S. Lewis ~

“It is the business of a virtuous clergy to censure vice in every appearance of it.”
~ Patrick Henry ~

“The preacher is not a chef; he’s a waiter.
God doesn’t want you to make the meal;
He just wants you to deliver it to the table without messing it up.
That’s all.”
~ John MacArthur ~

“The waters of good preaching are always running downhill to the stream of Christ, who He is, and how He has loved us.” ~ David Mathis ~

“The test of a preacher is that his congregation goes away saying, not ‘What a lovely sermon,’ but ‘I will do something!'”…  ~ Francis de Sales ~


“The gospel-logic moves [in a sermon are]: ‘Here’s what you must do,’ then “Here’s why you can’t do it,’ then ‘Here’s the one who did it for you,’ and finally ‘Here’s how faith in Him enables you to do it too.’ Following this logic in a sermon means that often you bring in practical application in more than one place.” ~ Tim Keller ~

“If I had only one sermon to preach
it would be a sermon against pride.”
~ G. K. Chesterton ~
“If Jesus preached the same message minister’s preach today,
He would have never been crucified.”
~ Leonard Ravenhill ~

“Give me one hundred preachers who fear nothing but sin and desire nothing but God, and I care not whether they be clergymen or laymen, they alone will shake the gates of Hell and set up the kingdom of Heaven upon Earth.” ~ John Wesley ~

“God has ordained that our preaching become deeper and more winsome as we are broken, humbled, and made low and desperately dependent on grace by the trials of our lives.” ~ John Piper ~

Please pray ~ for pastors and ministers preaching Biblical truths ~ for those pastors and ministers preaching milksop ~ for those in Biblical ministry around the world ~ October is Clergy Appreciation Month – a good pastor stands in the gap between the congregation and hell. Likewise, a praying congregation stands in the gap between the pastor and hell. My suggestion to show your Pastor he is appreciated…a gift card to a nice restaurant so his family can benefit. Unless your Pastor is not married, the family is in service to God. How lovely for the spouse to also be shown your gratitude ~