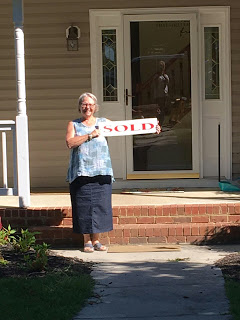 It’s been a long while, six years to be exact, since Dave died and for several of those years, I’ve wanted to move closer to family. To each of you who have prayed, thank you so very much! God’s timing is always perfect because He sees through the lens of eternity while we see only the here and now.

Oswald Chambers puts it well, “The bravery of God in trusting us! You say, “But He has been unwise to choose me, because there is nothing in me; I am not of any value.”

“That is why He chose you. As long as you think there is something in you, He cannot choose you because you have ends of your own to serve; but if you have let Him bring you to the end of your self-sufficiency then He can choose you to go with Him to Jerusalem, and that will mean the fulfillment of purposes which He does not discuss with you.”

“We do not know what God is after, but we have to maintain our relationship with Him whatever happens. We must never allow anything to injure our relationship with God; if it does get injured we must take time and get it put right. The main thing about Christianity is not the work we do, but the relationship we maintain and the atmosphere produced by that relationship. That is all God asks us to look after, and it is the one thing that is being continually assailed.”  (italics mine)

Mercy! Yes, the bravery of God! I weep when I stop to think how often I’ve failed Him, asked forgiveness and He responded, “Sandra, of course I forgive you, as far as the east from the west and then I remember no more. You are the apple of My eye and I hold you by my right hand.” If you ever get hold of His truths, you will never be the same; more importantly, you’ll spend eternity in Heaven, celebrating the One who created you in His own image! (No, that doesn’t mean we physically look like God, it means He created us to have His attributes. It’s not His fault Eve, then Adam choose poorly yet even after their poor choices, He forgave them.) Again, I say…mercy! The bravery of God!

Peyton Burchell, with The Marshall Group, was my Buyer’s Agent and to say he handled everything superbly is putting it mildly. When Dave passed away, Stoney Marshall helped me and it was Stoney’s professionalism, kindness and compassion that caused me to again reach out to his group. It is impossible for me to overstate how much Peyton helped me, how much I relied on him and he never disappointed!

In addition to the lack of internet these past few months, I’ve also been in process of finalizing the sale of the southwest Virginia farm and buying the central Virginia farm. Yes, I’ve bought another farm with smaller house and more land. As the old woman said to her granddaughter, “Buy land. Buy as much as you can afford because they aren’t making any more of it!” I’ve got until August end to vacate and there’s much to be done. I’ve been giving away “stuff” like a mad woman and still have a lot of packing, etc. Needless to say, there won’t be a lot of time for blogging and I’ve yet to obtain internet at the new place and I’ve also got to eat a few more times at Fisher and Company before I leave! lol

When I’m brought to mind, please say a pray for a safe move of animals, belongings and me and thanks again for all your prayers. God has a plan and He’ll keep working it all out for His glory.

God bless you, yours and the work of your hands and heart.