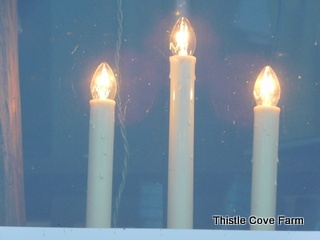 ~ reminding me of the Trinity and how Each care for me ~

It’s been a little more than six weeks of the “epic mess” and work continues with Gillespie Construction doing the construction side of things, Eddie doing furniture repair and restoration, Faith doing clean up and I’ve been doing what all else needs doing. 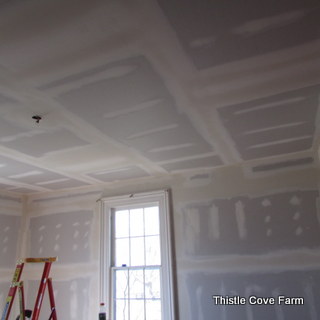 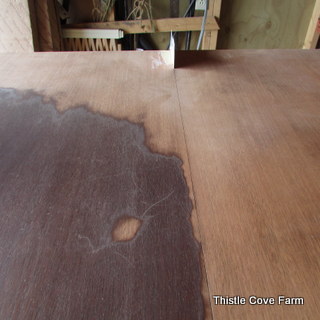 [As an aside…there are some who have said, “There are cheaper (and they’d be right!) companies than Gillespie Construction” to which I’ve replied, “Yes, and have you seen their crews? Even I can tell some of those guys are about three days from rehab and I don’t want them in on my farm, much less in my home!” Pay now or pay later and no one, but no one, is coming into my home but Gillespie Construction! A lot more than my belongings are at stake…there are my animals and there’s ME…safety first, last and always. Not only safety, but the knowledge the job has been done CORRECTLY, the parts seen and unseen. GC doesn’t cut corners, they take time to explain answers to my myriad questions and they go the extra dozen miles. knowwhatimean?

Gillespie Construction consists of William, Cody, Jason and Jackie (maybe more but those are all I’ve met)…all easy on the eyes, strong smiles, honest eyes and men who chase after God with their whole hearts. We’ve had some good church while they’ve been here and I expect it’s not over yet. As a matter of fact, I know it’s not over yet…because…

UPDATE on epic mess, here and here…a week ago today, the walls had insulation (last month Eddie put in because I got cold!) and GC finished sheet rock (beautiful installation…mudded, taped, primed), finished sanding and cleaning floors then staining and doing everything needed to return Monday and put down poly. Monday arrived, they arrived and BOOM! The dang pipes were leaking and the floor was wet (stain damaged), the ceiling was wet/dripping (section was damp) and it all had to be done over…at least, those two sections, one in bedroom, one in dining room. The pipes didn’t leak since Jan 9 so ??? I called The Furnace Man and Charlie arrived to put things right. Apparently someone (me) didn’t turn off the correct zone and the pressure build up caused the leak. However, all is well now with the entire system. 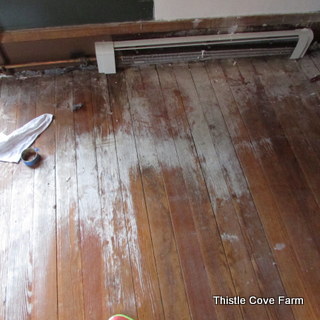 BOO HOO. I cried for all of us but after they left 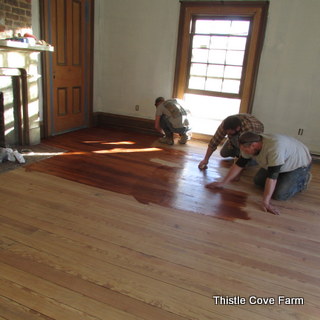 I’ve needed Jesus with skin on.

Daily, someone from Gillespie Construction would check on the progress…or lack thereof as it takes a while for one hundred fifty plus year old wood to dry. I like to think they were checking on me as well and they were.

Jesus with skin on.

Last autumn I tried to sell a camper and wondered why there wasn’t a lot of interest from face book. A few nights ago, I found out why…apparently, there is a ‘messenger’ portion where people send you private notes (Who knew? I certainly didn’t! ) and I had a lot of messages…one as old as 2015 where some woman (whom I don’t know and don’t want to know) blasted me because she thought I’d been rude to her. (No clue but I hope her meds have started working better.) 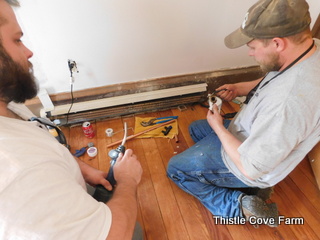 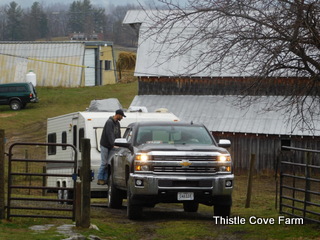 Are you crying now with me?

Jesus with skin on. 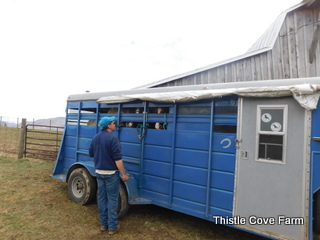 Yesterday, Kristen and James from Thomas Cherokee Farm near Wytheville came to pick up three Curly mares. Since Dave’s death (you thought I was going to go an entire post and not say it, eh? 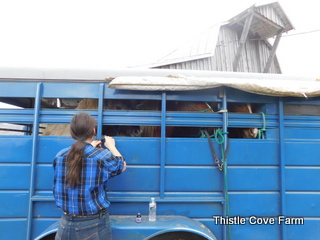 I was more than comfortable; I’m over the moon happy! I was able to help them and they helped me. Curly horses are hypoallergenic and I’ve never had anyone come to the farm who could definitely say, “Yes, I’m allergic to your horses.” It just doesn’t happen so for Kristen to have horses that her allergy clients can ride…perfect! Although I didn’t have doubts, any would have been put to rest as, just before leaving, Kristen prayed for me! There aren’t many people who will pray, much less pray for someone they don’t know while that person stands before them. I know of less than a handful and, you can ask the men above, yes, I am one. If I feel you’re in need of prayer, you’re getting prayer…right then and there. Bless Kristen, she lives the same way…may God bless her and keep her safe.

Last night, after they left, I brushed HayJ and Tumbleweed and we all enjoyed it. My goal now is to brush all four horses, at least, once a week; it calms me, them and the dogs and cats as they watched the proceedings. Truly, it’s both blessing and gift…for all!

So, let me leave you with a few photos of how I’m living…brace yourselves, it’s not for the weak hearted! 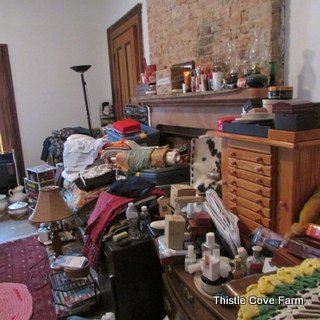 When the contractors needed to begin, they moved my bedroom contents every where they could; this is the spare bedroom. I wasn’t home so couldn’t provide direction but am fine with what they did. No need to get in an uproar. 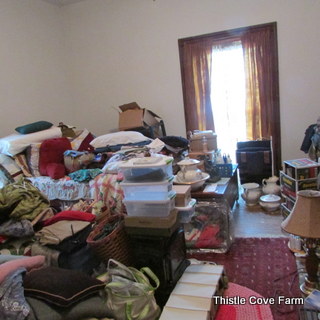 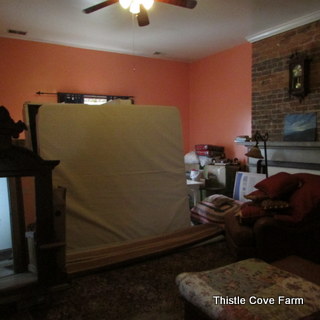 Another room holds the king size mattress and box springs along with “other stuff”. 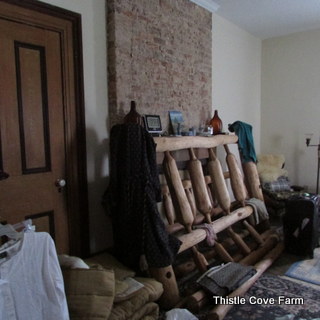 The bedroom the dogs and I are sleeping in (but not with stain and poly fumes going on) holds the king size bed frame. We just walk around and over stuff and make do until life returns to “normal” or, as they used to tell Dave while he was in cancer treatment…your new normal.

God is, perhaps, taking me out like He brought Dave and I in…living rough. During the first eighteen months we lived here, each morning I would walk through the house, banging a pot with a wooden spoon to drive out the red foxes, racoons, possums and other varmits that sought shelter overnight. It was, and remains, a Peaceful Kingdom although the only varmits in the house are the dogs, cats and myself. Dave and I even lived in a camper while the floors were being done.

UPDATE…contractors just arrived and are going to finish cleaning, staining and putting poly down on floors today. Looks like dogs and I are in the camper for the next week or so.

UPDATE…contractors can’t begin to poly until the stain has dried for 8 hours so we’re back in the bedroom…for tonight. Fellers will be back tomorrow to begin poly so we’ll move to the camper. When one lives in a construction zone, it’s best to be flexible…lol.

Y’all take care and ponder this…Christians explain Jesus by daily living out the Bible…how’s that going for you?