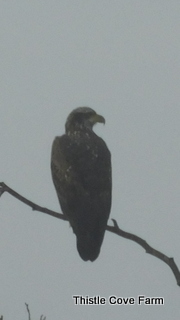 “God changes times and seasons;
He deposes kings and raises up others.
He gives wisdom to the wise and
knowledge to the discerning.”
~ Daniel 2:21 ~

“I hope we once again have reminded people that man is not free unless government is limited. There’s a clear cause and effect here that is as neat and predictable as a law of physics: As government expands, liberty contracts.”
~ Ronald Reagan ~

“To vastly improve your country and truly make it great again, start by choosing a better leader. Do not let the media or the establishment make you pick from the people they choose, but instead choose from those they do not pick.”
~ Suzy Kassem ~

“For nearly four years you have had an Administration which instead of twirling its thumbs has rolled up its sleeves. We will keep our sleeves rolled up. We had to struggle with the old enemies of peace–business and financial monopoly, speculation, reckless banking, class antagonism, sectionalism, war profiteering. They had begun to consider the Government of the United States as a mere appendage to their own affairs. We know now that Government by organized money is just as dangerous as Government by organized mob.”
~ Franklin D. Roosevelt ~

“No man will ever bring out of that office the reputation which carries him into it. The honeymoon would be as short in that case as any other, and its moments of ecstasy would be ransomed by years of torment and hatred.”
~ Thomas Jefferson ~

“Ninety-nine percent of failures come
from people who make excuses.”
“The harder the conflict, the greater the triumph.”
~ George Washington ~

“Knowledge will forever govern ignorance; and a people who mean to be their own governors must arm themselves with the power that knowledge gives.”
~ James Madison ~

“I am a slow walker
but I never walk backwards.”
~ Abraham Lincoln ~

“I pray Heaven to bestow the best of blessing on this house (the White House) and on all that shall hereafter inhabit it. May none but honest and wise men ever rule under this roof!” ~ John Adams ~

“Live simply,
love generously,
care deeply,
speak kindly,
leave the rest to God.”
~ Ronald Reagan ~
“At the right time, he will make him known.
God is the blessed and only Ruler,
the King of kings and Lord of Lords.”
~ 1 Timothy 6:15 ~

Please pray – for peace to be in the land and in the people ~ for President Trump and his Administration ~ for compassion, mercy, kindness to replace hatred ~

Share
Pin
Email
« The Air is Heavy and Scent Hangs Deep
“I am here to serve you.” »