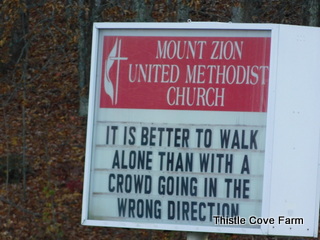 “For God will bring every deed into judgement,
including every hidden thing
whether it is good or evil.”
~ Ecclesiastes 12:14 ~

“I must admit, I am so tired of people quoting Matthew 7:1 (“Judge not that ye be not judged”) out of context in claiming we are not to judge. And of course, as they do, they are judging us for what we say! Now John 7:24 states, “Do not judge according to appearances but judge with righteous judgement.“
~ Ken Ham ~

“God assumed from the beginning that the wise of the world would view Christians as fools…and He has not been disappointed. …If I have brought any message today, it is this: Have the courage to have your wisdom regarded as stupidity. Be fools for Christ. And have the courage to suffer the contempt of the sophisticated world.” ~ Judge Antonin Scalia ~

“When God wants to judge a nation,
He gives them wicked rulers.”
~ John Calvin ~

“How easy it is to judge rightly
after one sees what evil comes from judging wrongly.”
~ Elizabeth Gaskell ~
“I would rather stand with God and be judged by the world
than stand with the world and be judged by God.”
“Children must be taught how to think, not what to think.”
~ Margaret Mead ~
“Silence in the face of evil is itself evil:
God will not hold us guiltless.
Not to speak, is to speak.
Not to act, is to act.”
~ Dietrich Bonhoeffer ~
“God judged it better to bring good out of evil
than to suffer no evil to exist.”
~ Augustine of Hippo ~
“God sees us as we are,
loves us as we are,
and accepts us as we are.
But by His grace
He does not leave us as we are.”
~ Timothy Keller ~
“Do not let your hearts be troubled.
Trust in God;
trust also in me.”
~ Jesus, John 14:1 ~

Please pray for ~ the family of a 10 year old girl who was taken from church and whose body was found in a well ~ Jon Schmidt family, whose daughter, Annie, disappeared on a hiking trip ~ prayerfully consider Tuesday’s election…this election is about more than the next four years (President), it’s about the next four decades (Supreme Court Justices) ~