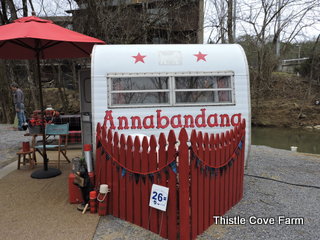 The Sisters on the Fly Saddle Up event was sponsored by the town of Pigeon Forge and Par 1 is here. If you click on Sisters on the Fly, you can see a photographic slide show of sisters “We have more fun than anyone.”

Some people have umbrellas while others have canopies; I have an umbrella and prefer it because it can be moved around. 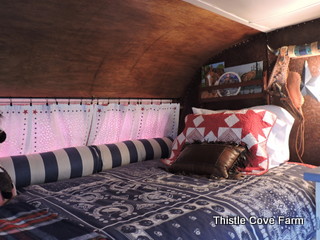 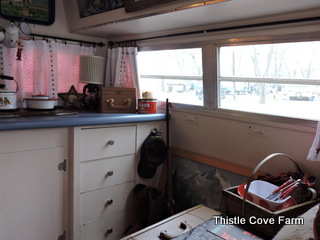 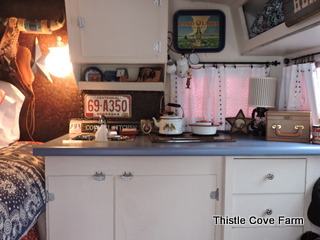 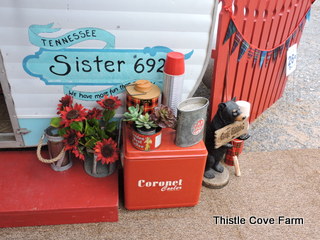 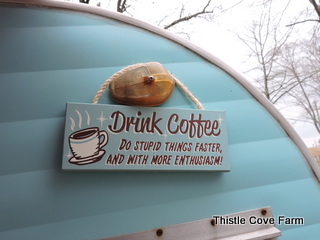 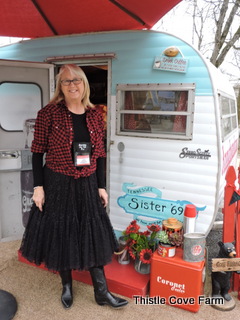 Annabandana, owned by Tennessee Sister 692, is a Serro Scotty and close to the same year as mine. There are some differences but both are about 13 feet and this camper is reconfigured a bit differently than mine. 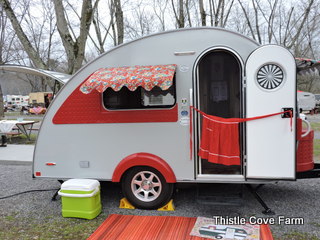 A Teardrop trailer with rear kitchen. Most campers have the entrance blocked off to general public but most allowed Sisters’ to go inside. 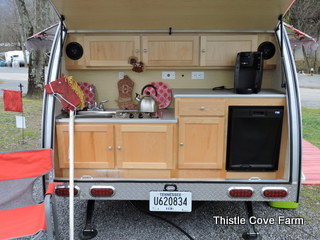 Mary Jane Butters has a line of teardrops called Tabitha and is the person who coined the term “glamping”, a combination of glamour and camping. For more photos of teardrop trailers, click here. I think her Tabitha is fabulous…except for having to go outside and ’round back to make my coffee in the morning. I’m partial to  my privacy when parading around in my red flannel nightgown…grin. 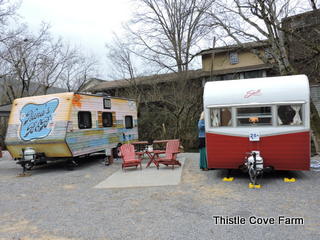 The camper on the right is a 1995 reissue Shasta Airflyte and modeled after the original which was first made in 1941. There are only 1,941 being made and I had one but sold it once I read the owner’s manual that said, “reseal seams every 90 days.” Yeah. Like I’ve got that kind of time and besides, the old ones are sturdy as an oak and just as pretty. 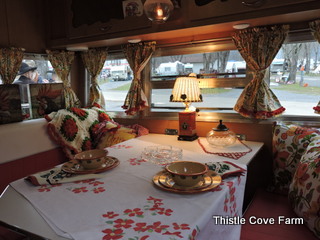 The reissue’s have mod cons like microwave, dohicky’s where you can plug in your phone and stream music, full size bathrooms, exhaust fans, etc. 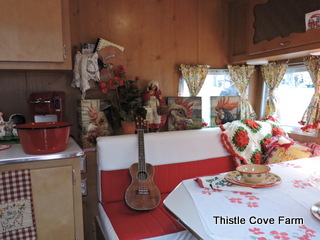 The reissues come in red, green and butter yellow and the table folds down into a double bed. 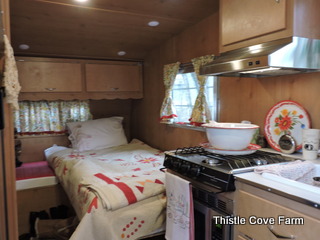 The bed in the back is a gaucho seat which has an extender so it can be made into a twin bed…pretty nifty! 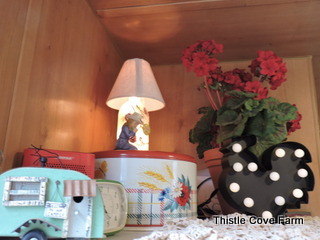 Every one glamps their camper differently and all are uniquely beautiful! 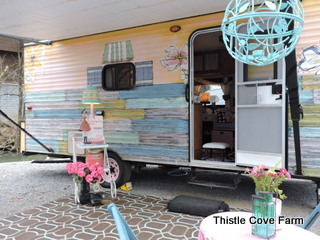 This is a brand new, glammed camper. 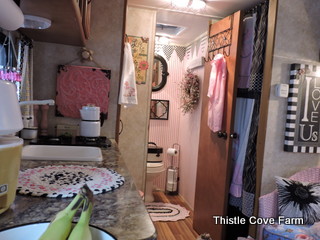 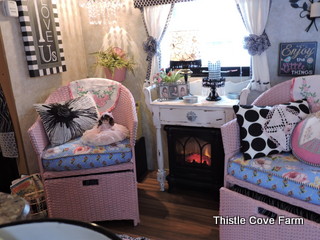 Look at these beautiful chairs and electric stove! 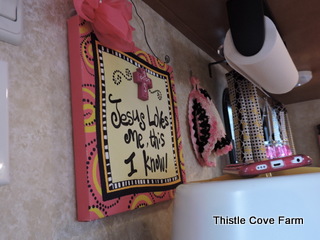 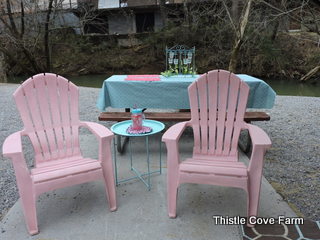 That’s Part 2 with a lot  more to come so stay tuned!

Share
Pin
Email
« So Much of Nothing To Say
Sabbath Keeping »