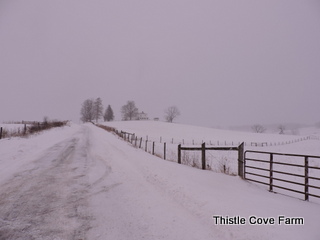 “Like snow in summer and like rain in harvest,
so honor is not fitting for a fool.”
~ Proverbs 26:1 ~

“No person was ever honored for what he received.
Honor has been the reward for what he gave.”
~ Calvin Coolidge ~

“You will never do anything in this world without courage.
It is the greatest quality of the mind next to honor.”
~ Aristotle ~

“I will honor Christmas in my heart,
and try to keep it all the year.”
~ Dickens ~

“Nothing of real worth can ever be bought. Love, friendship, honour, valour, respect. All these things have to be earned.”
~ David Gemmell, Shield of Thunder ~

“The greatest way to live with honour in this world is to be what we pretend to be.” ~ Socrates ~

“I have learned the hard way to mind my business, without judging who people are or what they do. I am more troubled by the lack of space being provided for the truth to unfold. Humans cannot seem to wait for, or to honor, the truth. Instead, we make it up based on who we believe people should, or should not, be.”
~ Iyania Vanzant ~

“A truly American sentiment recognizes the dignity of labor and the fact that honor lies in honest toil.” ~ Grover Cleveland ~

“Mine honor is my life; both grow in one.
Take honor from me, and my life is done.”
~ Shakespeare ~

“The moon doesn’t have enough gravity to keep an atmosphere around it and some men don’t have enough honour to keep God’s angels around them!” ~ Mehmet Murat Ildan ~

“But often life asks much of you, and you either honor life by answering with all your heart, or you cower your way into your grave.” ~ James Clemens ~

“Come now, let us settle the matter,’
says the Lord.
Though your sins are like scarlet,
they shall be as white as snow;
though they are red as crimson,
they shall be like wool.
If you are willing and obedient,
you will eat the good things of the land.”
~ Isaiah 1:18-19 ~