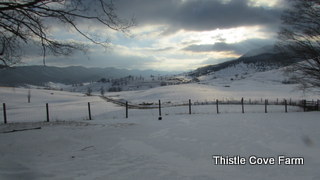 “Lying lips are an abomination to the Lord,
but those who act faithfully are his delight.”
~ Proverbs 12:22 ~
“If you tell the truth
you don’t have to remember anything.”
~ Mark Twain ~

“If you shut up truth and bury it under the ground, it will but grow, and gather to itself such explosive power that the day it bursts through it will blow up everything in its way.”
~ Emile Zola, attributed, Dreyfus: His Life and Letters? ~

“Three things cannot be long hidden:
the sun, the moon, the truth.”
~ Buddha ~

“Honesty is the first chapter in the book of wisdom.”
~ Thomas Jefferson ~

“Truth will ultimately prevail where there is pains taken to bring it to light.” ~ George Washington ~

“A lie can travel halfway around the world
while the truth is putting on its shoes.”
~ Mark Twain ~

“Rather let us suffer for speaking the truth,
than that truth should suffer for want of speaking.”
~ Eliza Cook, Diamond Dust ~

“Rather than love, than money, than fame, give me truth.”
~ Henry David Thoreau ~

“Men occasionally stumble over the truth, but most of them pick themselves up and hurry off as if nothing ever happened.”
~ Winston S. Churchill ~

“I’ve always followed my father’s advice: he told me, first to always keep my word and, second, to never insult anybody unintentionally. If I insult you, you can be sure I intend to. And, third, he told me not to go around looking for trouble.”
~ John Wayne ~

“In a time of deceit telling the truth is a revolutionary act.”
~ George Orwell ~

“There are only two mistakes one can make along the road to truth; not going all the way and not starting.” ~ Buddha ~