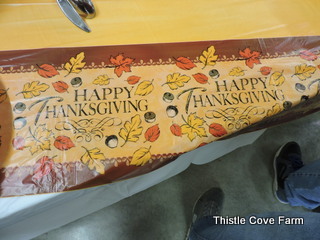 The evening before Thanksgiving, Mary called to let me know someone was serving Thanksgiving lunch, with all the trimmings, the next day at the county fairgrounds. It sounded great to both of us so we agreed to meet around noon. 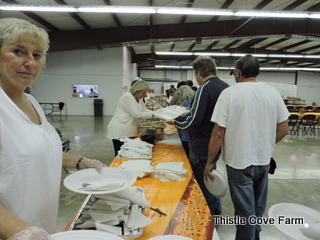 Life Church volunteers, I think headed up by Jennifer Beth, along with volunteers from other churches, served turkey and all the trimmings. The woman in the above photo gave her permission, as did everyone, to have their photo taken and put in my blog. 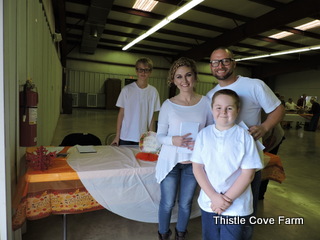 The little man in front is called Sam, easy name for me to remember. He was front and center, asking people if he could get them a drink or more food and even thanked us for coming. Come to think of it, a lot of people told us, “Thanks for coming”. It brought tears to my eyes…they provided a free with all the trimmings Thanksgiving luncheon, then thanked me and everyone else for coming! They were all so very gracious and radiated Shekinah glory . 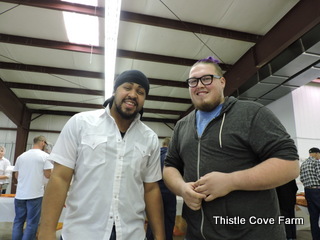 Lamar, Youth Minister, and Crockett are from Destiny Outreach, both with beautiful smiles, tremendous personalities. 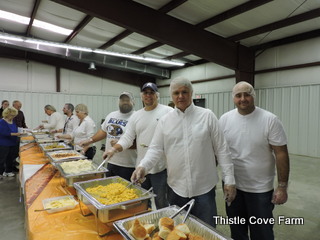 The servers were from different churches…as mentioned, Life Church (Facebook page only), Destiny Outreach, Friendly Chapel and Main Street UMC were some I heard mentioned. 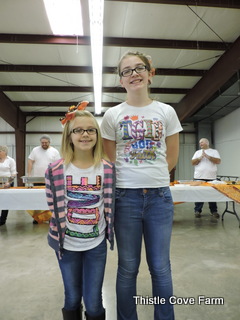 Lil Miss, on the left, was quite attentive, saying Happy Thanksgiving to people and her sister took turns serving.

I had a lovely time; the food was marvelous, the company sweetly Christian, the people beautiful. I cannot say enough good things about the luncheon or the people! My family is about 300 miles away and my plans included cold cereal for lunch…not complaining, just the way it was going to be so THANKS Life Church!

Earlier this week, on Facebook, people were talking about how terrible it was that people had to work at Walmart and other stores on Thanksgiving. Someone had a post (or whatever it’s called) that said, essentially, “Please like or share if you think it’s awful people have to work on Thanksgiving…greedy corporations” blah, blah, blah.

So, for grins I decided to go shopping at Walmart to buy several boxes of candy canes so I could give one to each employee. I wandered around the store, twice, to say, “Thanks for working today and Happy Thanksgiving.” 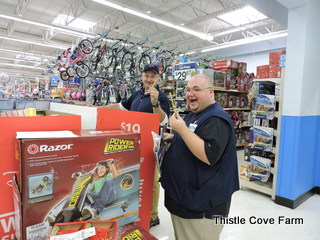 These guys were happy; actually most people were totally shocked. One woman said, “In 15 years this is a first, you have to give me a hug!”  Another woman who identified herself as the store manager asked, “Why are you doing this? Are you with a church or something?” I said, “No, but people on Facebook are having hissy fits because Walmart people have to work today and I thought I’d come by and say, thanks for working”. She said, “On no, you don’t understand. Most of these people volunteer to work because they get a 25% discount on whatever they buy.”

So, don’t believe everything you read on Facebook, eh?

After handing out every candy cane, I was on my way out of the store and saw a stack of small electric fire places and thought, hmmm, one of those would sure look nice in my camper. So, at 5:30 p.m. I was back at Walmart to buy one and was helped by Stephen. He told me “This is the 6th year I’m working and I’m buying $300 to $400 worth of food so it’s a great thing for me. My finance and I are really happy about the discount.” Everyone was polite, pleasant, used manners and totally unlike last year when that store made national news. Apparently there was an altercation in the parking lot. It seems two men wanted the same spot and one brought a knife to a gun party. The guy with the knife stabbed the guy with the gun…now there’s a twist!…but no one was killed so it was all good. I was home by 8:30 but, again, today my knees are crying like babies; God bless anyone who works on concrete. 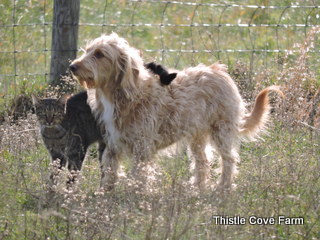 Today we took a family walk, Sadie, Sam and Kit Carson. He’s the kitten we rescued long in September and thinks he’s one of the pack. 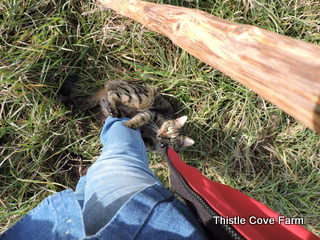 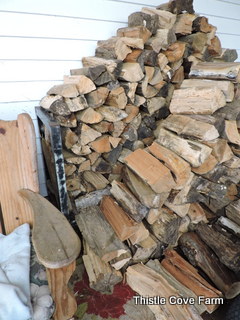 The second wood rack is full of cherry, oak and maple; a good mix for a slow burn but not terribly hot fire. The chimney is cleaned and a starter fire laid; I honestly believe I’m ready for winter. God willing and the creek don’t rise. 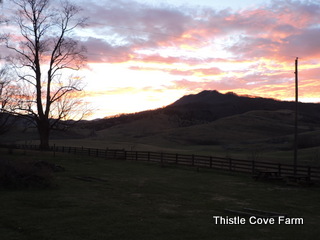 We’ve been having tremendously beautiful sunsets and warm weather. It’s been lovely, a nice prelude to winter although we had a skiff of snow Sunday and Monday.

Lately, it’s been beautiful one day and perfect the next. How’s it been with you?