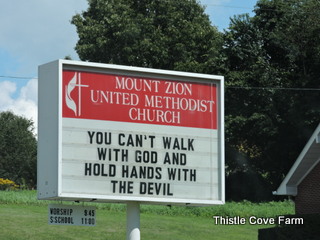 “Because sentence against an evil work is not executed speedily, therefore the heart of the sons of men is fully set on them to do evil. Though a sinner do evil a hundred times, and his days be prolonged, yet surely I know that it shall be well with them that fear God, which fear before him: But it shall not be well with the wicked, neither shall he prolong his days, which are as a shadow; because he feareth not before God.”
~ Ecclesiastes 8:11-13 ~
“For children are innocent and love justice,
while most of us are wicked
and naturally prefer mercy.”
~ G. K. Chesterton ~

“Our repentance is not so much regret for the evil we have done, as fear of its consequences.” ~ Rochefoucauld ~

“The honourable are moved, by the nobility of another’s sacrifice. The wicked are moved only by causing it.”
~ Justin K.McFarlane Beau ~

“The judge should not be young, he should have learned to know evil, not from his own soul, but from late and long observation of the nature of evil in others.” ~ Plato ~

“He who does not punish evil,
commands it to be done.”
~ Leonardo da Vinci ~

“If the Divine call does not make us better, it will make us very much worse. Of all bad men religious bad men are the worst. Of all created beings the wickedest is one who originally stood in the immediate presence of God.”
~ C. S. Lewis ~

“Men never do evil so completely and cheerfully as when they do it conscientiously.” ~ Pascal ~

“What a lamentable thing it is that men should blame the gods and regard us as the source of their troubles, when it is their own wickedness that brings them sufferings worse than any which destiny allots them.” ~ Homer ~

“The spirit of wickedness in high places is now so powerful and many-headed in its incarnations that there seems nothing more to do than personally refuse to worship any of the hydras’ heads.” ~ J. R. R. Tolkien ~