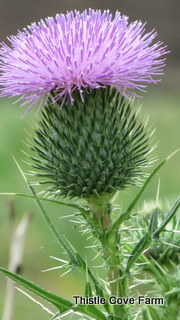 Contrary to what you might have heard or may want to believe, the Colonies/New World were established to serve as religious sanctuaries. Pennsylvania was established as a Quaker state, Massachusetts as a Puritan state and Maryland as a Catholic state.


“Have you ever wondered what happened to the 56 men who signed the Declaration of Independence?


Five signers were captured by the British as traitors and tortured before they died.


Twelve had their homes ransacked and burned.


Two lost their sons serving in the Revolutionary Army; another two had two sons captured.


Nine of the 56 fought and died from wounds or hardships of the Revolutionary War.


They signed and they pledged their lives, their fortunes, and their sacred honor.


What kind of men were they?

Twenty-four were lawyers and jurists.
Eleven were merchants.
Nine were farmers and large plantation owners, men of means, well educated and signed the Declaration of Independence knowing full well the penalty would be death if they were captured.

Carter Braxton, Virginia, a wealthy planter and trader, saw his ships swept from the seas by the British Navy. He sold his home and properties to pay his debts and died in rags.


Thomas McKeam was so hounded by the British he was forced to move his family almost constantly. He served in Congress without pay and his family was kept in hiding. His possessions were taken from him and poverty was reward.


At the battle of Yorktown, Thomas Nelson, Jr. noted that British General Cornwallis had taken over the Nelson home for his headquarters. He quietly urged General George Washington to open fire. The home was destroyed and Nelson died bankrupt.

Francis Lewis had his home and properties destroyed. The enemy jailed his wife and she died within a few months.


John Hart was driven from his wife’s bedside as she was dying. Their 13 children fled for their lives. His fields and gristmill were laid to waste. For more than a year he lived in forests and caves, returning home to find his wife dead and his children vanished.


Half of these signers of the Declaration of Independence were educated in theological, or divinity, schools; in other words, Bible schools.


At the Continental Congress, Benjamin Franklin offered a prayer and added, “Our prayers, Sir, were heard, and they were graciously answered. All of us who were engaged in the struggle must have observed frequent instances of a Superintending providence in our favor. To that kind providence we owe this happy opportunity of consulting in peace on the means of establishing our future national felicity. And have we now forgotten that powerful friend? or do we imagine that we no longer need His assistance?”


Odd, that doesn’t sound like a non-Christian to me.


In Jefferson’s Bible was written, “I am a real Christian, that is to say, a disciple of the doctrines of Jesus. I have little doubt that our whole country will soon be rallied to the unity of our creator.”


Thomas Jefferson was Chairman of the American Bible Society and Patrick Henry said, “it cannot be emphasized too strongly or too often that this great Nation was founded not by religionists, but by Christians; not on religions, but on the Gospel of Jesus Christ. For that reason alone, people of other faiths have been afforded freedom of worship here.”


In 1777, the First Continental Congress authorized purchasing 20,000 Bibles from Holland and in 1781 the Aitken’s Bible was received Congressional approval. It was also the first Bible printed in the New World.


I think it fair to say our Founding Fathers didn’t want religion, rather they wanted Relationship. Religion has caused, does cause, wars, divisions, contention, and all sorts of evil because it’s man quest for power whereas Relationship with Jesus Christ ensures eternity in heaven.


And, that’s what it’s all about…relationship with Jesus. Let’s face it, if we live three score and ten (70) years, it’s a drop in the proverbial bucket compared to eternity. I admit, there are days I’m overwhelmed with the arguing, fussing, fighting that’s going on inside the beltway, on facebook, in local, state and national government. It’s easy to be overwhelmed because I get my focus off eternity and on the hear and now.


So, in July I read and think about our Founding Fathers and the truth…not what some people want to force me to believe. It takes time, effort,energy and research to find out the truth but the Truth will set me free.


The Cost of Freedom is a lot.