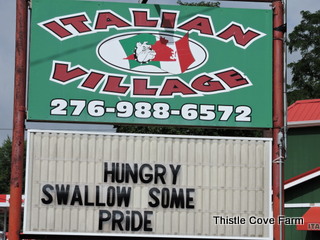 “His pride led to his downfall.
He was unfaithful to the Lord his God.”
~ 2 Chronicles 26:16 ~
“Generosity is giving more than you can,
and pride is taking less than you need.”
~ Kahlil Gibran ~
“Too many people spend money they earned…
to buy things they don’t want
…to impress people they don’t like.”
~ Will Rogers ~

“It is easy to tell the toiler
How best he can carry his pack
But no one can rate a burden’s weight
Until it has been on his back.”
~ Ella Wheeler Wilcox ~

“Pride must die in you, or nothing of heaven can live in you.”
~ Andrew Murray ~

“You differ from a great man in only one respect: the great man was once a very little man, but he developed one important quality: he recognized the smallness and narrowness of his thoughts and actions. Under the pressure of some task that meant a great deal to him, he learned to see how his smallness, his pettiness endangered his happiness. In other words, a great man knows when adn in what way he is a little man. A little man doe snot know he is little and is afraid to know. He hides his pettiness and narrowness behind illusions of strength and greatness, someone else’s strength and greatness. He’s proud of his generals but not of himself. He admires an idea he has not had, not one he has had. The less he understands something, the more firmly he believes in it. And the better he understands an idea, the less he believes in it.”
~ Wilhelm Reich ~