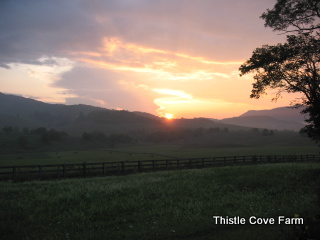 “Nevertheless, though I am sometimes afraid:
yet put I my trust in thee.”
~ Psalms 56:3 ~
“Now it is you alone that I love,
you alone that I follow,
you alone that I seek,
you alone that I feel ready to serve,
because you alone rule justly.
It is to your authority alone that I want to submit.
Command me, I pray, to do whatever you will,
but heal and open my ears
that I may hear your voice.
Heal and open my eyes
that I may see your will.
Drive out from me
all fickleness,
That I may acknowledge you alone.
Tell me where to look
that I may see you,
and I will place my hope in doing your will.
Amen.”
~ Saint Augustine of Hippo ~
“Bring out that creature,” said Aslan. One of the Elephants lifted Uncle Andrew in its trunk and laid him at the Lion’s feet. He was too frightened to move.
“Please, Aslan,” said Polly, “could you say something to-to unfrighten him? And then could you say something to prevent him from ever coming back here again?”
“do you think he wants to?” said Aslan.
“Well, Aslan,” said Polly, “he might send someone else. He’s so excited about the bar off the lamp-post growing into a lamp-post tree and he thinks-“
“He thinks great folly, child,” said Aslan. “This world is bursting with life for these few days because the song with which I called it into life still hangs in the air and rumbles in the ground. It will not be so for long. But I cannot tell that to this old sinner, and I cannot comfort him either; he has made himself unable to hear my voice. If I spoke to him, he would hear only growlings and roarings. Oh, Adam’s sons, how cleverly you defend yourselves against all that might do you good! But I will give him the only gift he is still able to receive.”
He bowed his great head rather sadly, and breathed into the Magician’s terrified face. “Sleep,” he said. “Sleep and be separated for some few hours from all the torments you have devised for yourself.” Uncle Andrew immediately rolled over with closed eyes and began breathing peacefully.”
~ C. S. Lewis, The Magicians Nephew ~
“Brothers {and sisters}, we do not want you to be ignorant
about those who fall asleep,
or to grieve like those who have no hope.
We believe Jesus died and rose again
and so we believe that God will bring with Jesus
those who have fallen asleep in Him.”
~ 1 Thessalonians 4:13 ~