“I am not the same
having seen the moon shine on the other side of the world.”
~ Mary Anne Radmacher ~ 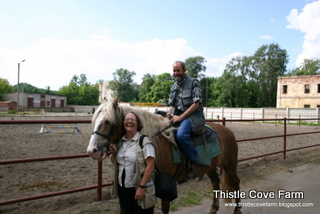 Dave and I began traveling in 2008 when “Dr. Jammy”, a professor at Bluefield State College, asked me to go to Russia and teach Agritourism which is, simply put, agriculture married to tourism. Dr. J. had written a US State Department grant, which was accepted, and there was room in the budget for me…woohoo! Dave went, paid his own way, and for that I am forever thankful. Long story short…Dave and I flew into the Sheremetyevo International Airport where we were…not greeted…hmmm. Dave plopped me down to guard our luggage while he went in search of our group who had flown in the week prior. He didn’t find them but he did find a couple of men who looked like “alphabet soup guys”. Of course, I wouldn’t put my hand on the Bible and swear to it but there’s a certain swagger (and sometimes bulges, iow guns) that ABC (what I call alphabet soup) guys, maybe women but haven’t met any of them, have that sort of screams CIA, FBI, DHS, NSA and, in this case, KGB. gulp. 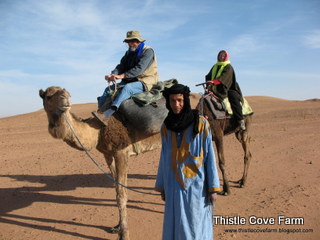 ~ Dave and I in the Sahara Desert ~

One man spoke better English than I do Russian (I know about six words in Russian) and said, “Jammy said you come with us.” I looked at Dave…umm, I don’t think so and now that I’ve thought about it another second, I know we’re not going with you! The Russian gent showed us a photocopy of our passports and I said, “I need to speak with Jammy.” Only then did he led me to a phone booth and dialed an out of country number for Jammy. Turns out there’d been a slight problem which resulted in more than a weeks’ delay and Dave and I were to get in a van and these men were going to drive us five hours to another city. GULP. 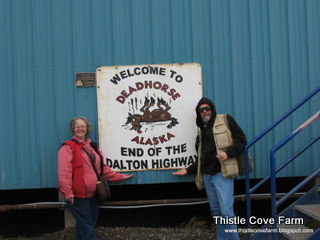 ~ Dave and I, with Pacsafe purse, in Alaska ~

It turned out, as far as teaching, I was on my own for a day or three longer than a week so Dave and I made the best of it. We had each other, we had each other’s backs and life was very good, fun and exciting! Although, our Russian/English translator did have a slight problem with alcohol…meaning he was gripping the table so hard his knuckles were white and this at 10:00 in the morning. That man could put away some alcohol and if that sort of thing impressed me, I’d be very, very impressed with his abilities. However, I was never really quite sure what he was translating. No one ever got angry with me, some were really excited and I hope that was in a good way -grin- and, in one word, the trip was fabulous! That was the first time I’d ever had a passport and, four years later, I had to get a new one because the old one had so many stamps that border guards and customs folks were peckish when they had to thumb through the pages looking for an empty spot to stamp. Oh la, get over it! 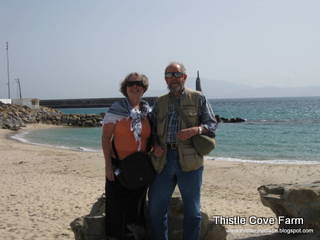 ~ Dave and I, with Pacsafe purse, in Tarifa, Spain ~

Over the years, I’ve gotten better at packing and, toward the end of our travels together, Dave and I had one rule…never carry more than we could run with. Dave could travel for a month with his “man bag” (as he called it) and an under the seat case that he could fit three pairs of pants, three shirts, socks, undies, some toiletries and a few other goodies. I had a Pacsafe purse and a twenty-one inch carry-on suitcase on wheels and we each wore travel vests with about a dozen pockets where we’d stuff things we needed at hand. Now I have added another rule which is…”if it don’t roll, it don’t go” which is horrible grammar but helps strengthen the point. (I’ve strolled London streets, alone, at 1:00 a.m. searching for my hotel and loving/cursing my rolling suitcase for the noise it was making over the cobblestones.) 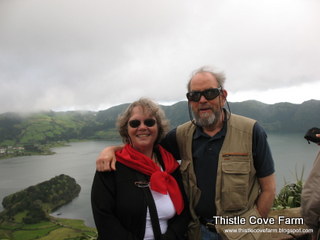 ~ Dave and I, with Pacsafe purse, in the Azore Islands ~

There are some things that, in addition to passport, credit cards and money, always, always, always go with me on my travels: my Pacsafe purse or wallet, my Macabi skirts (look silly on me but love the convenience) and Mephisto walking shoes. As an aside, Mephisto shoes are expensive but I bought mine on sale about ten years ago and they still look new and an added plus is Mephisto will resole the shoes when needed. I have literally been in those shoes for more than twenty hours and my feet were the only part of my body that weren’t screaming in exhaustion. They are…the best shoes I’ve ever worn! 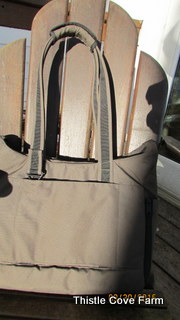 The Pacsafe purse is a dandy and looks new due to the care it’s been given. It’s not new but it is now out of production.It has two straps with a velcro strip that encloses both straps and gives a cushion when thrown over the shoulder. The sleeve in the front of the bag is open, top and bottom, so it can be put over a suitcase handle and rest on top, letting the suitcase bear the weight. 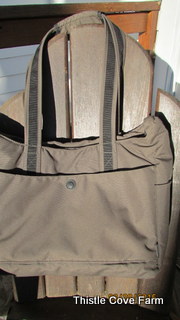 The opposite side of the bag has a large pocket, with velcro, where travel tickets, agenda, maps, book, etc. may be stored within reach. 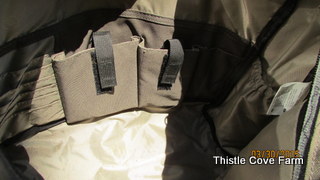 Inside the bag are more pockets with velcro, slots for credit cards, identification, pens, two elastic pockets on either end of bag and an inside sleeve that zips shut and is the length and height of the bag. This zippered sleeve is where I kept passport, boarding passes and other things that needed safe keeping. 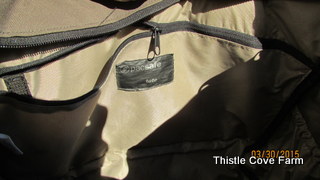 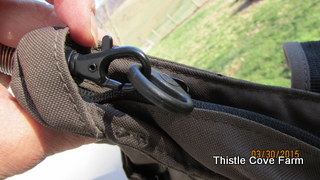 and locks to secure the bag to a chair or table. 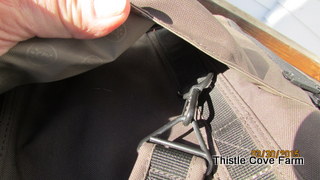 What makes Pacsafe THE bag to carry can’t be seen because it’s the eXomesh beneath the fabric shell (that may be cut) and prevents the bag’s contents from falling out or being removed. Click on eXomesh for full story on the many security features. I know a woman who was targeted for a slash and grab in Rome; she was getting off a bus and a man offered his hand to help her down the steps. She accepted but didn’t realize his true intent was to step into her personal space, slice the bottom of her handbag with a box cutter and steal her wallet. By the time she realized what had happened, it was over and he, with her money and identification, had disappeared. I never travel without my Pacsafe bag or wallet (sometimes both); they give me added security for keeping my money, credit cards, identification and my precious passport safe.

The Giveaway: You must be a follower of this blog, you must leave a way for me to contact you, you must answer this: where is your dream vacation/holiday and why? If you win by random drawing, you’ll receive the Pacsafe bag shown in this post and a few goodies for good measure that will aid in your wanderlust. A week from today, Monday, April 6, at 5:00 p.m. a name will be decided randomly. You’ll have 24 hours to respond to the e-mail stating you’ve won; after 24 hours, another name will be drawn.

May you use for many travels in good health and happiness!
Blessings ~ travel ~ Pacsafe ~ Macabi ~ Mephisto ~ Dr. Jammy ~ travels with Dave and now by myself ~
Share
Pin
Email
« Sabbath Keeping
and this explains why I, sometimes, feel like a wandering cow… »