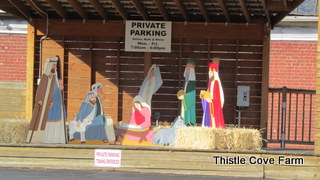 “The Lord watches over the foreigner and
sustains the fatherless and the widow,
but he frustrates the ways of the wicked.”
~ Psalm 146:9 ~

“Enemy-occupied territory-that is what this world is. Christianity is the story of how the rightful king has landed, you might say landed in disguise, and is calling us all to take part in a great campaign of sabotage. When you go to church you are really listening in to the secret wireless from our friends: that is why the enemy is so anxious to prevent us from going.
When a young man who has been going to church in a routine way honestly realizes that he does not believe in Christianity and stops going-provided he does it for honesty’s sake and not just to annoy his parents-the spirit of Christ is probably nearer to him then than it ever was before.”
~ C. S. Lewis ~

“When I stand before God at the end of my life, I would hope that I would not have a single bit of talent left, and could say, ‘I used everything you gave me.” ~ Erma Bombeck ~

“I can safely say, on the authority of all that is revealed in the Word of God, that any man or woman on this earth who is bored and turned off by worship is not ready for heaven.” ~ A. W. Tozer ~

“We may be surprised at the people we find in heaven.
God has a soft spot for sinners.
His standards are quite low.”
~ Desmond Tutu ~
“Aim at heaven and you will get earth thrown in.
Aim at earth and you get neither.”
~ C. S. Lewis ~

“You have lost your reason and taken the wrong path. You have taken lies for truth, and hideousness for beauty. You would marvel if, owing to strange events of some sorts, frogs and lizards suddenly grew on apple and orange trees instead of fruit, or if roses began to smell like a sweating horse; so I marvel at you who exchange heave for earth. I don’t want to understand you.” ~ Anton Chekov ~

“Earth has no sorrow that heaven cannot heal.”
~ Thomas Moore ~
“He whose head is in heaven need not fear to put his feet into the grave.”
~ Matthew Henry ~
“If there were no hell, the loss of heaven would be hell.”
~ C. H. Spurgeon ~
“Socialism only works in two places:
Heaven where they don’t need it and hell where they already  have it.”
~ Ronald Reagan ~
“All these people were still living by faith when they died. They did not receive the things promised; they only saw them and welcomed them from a distance, admitting that they were foreigners and strangers on earth. People who say such things show that they are looking for a country of their own. If they had been thinking of the country they had left, they would have had opportunity to return. Instead, they were longing for a better country-heavenly one. Therefore God is not ashamed to be called their God, for he has prepared a city for them.”
~ Hebrews 11:13-16 ~

If you have a name for the prayer list, please let me know. I’ll add it as soon as I possibly can.