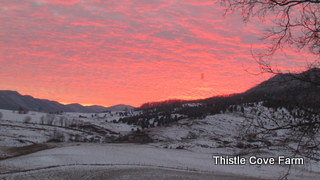 These are the days of insanity, where up is down, right is wrong, black is white and some folks seem hell bent on destroying the USA. Then I remember: we aren’t wrestling, fighting or struggling against flesh and blood (although I can see why some…including me…are confused), we’re fighting against the powers of this dark world and against the spiritual forces of evil and wickedness in the heavenly realms. My rant, dear reader, is brought on by some of the latest insanity perpetrated upon us by BO and minions, both Dems and Republicans.

Yes, I am against granting amnesty to illegal aliens and my biggest reason has to do with that pesky lil’ word, illegal. President Theodore Roosevelt put it best, “In the first place, we should insist that if the immigrant who comes here in good faith becomes an American and assimilates himself to us, he shall be treated on an exact equality with everyone else, for it is an outrage to discriminate against any such man because of creed, or birthplace, or origin. But this is predicated upon the person’s becoming in every facet an American, and nothing but an American…There can be no divided allegiance here. Any many who says he is an American but something else also, isn’t an American at all. We have room for but one flat, the American flag…We have room for but one language here, and that is the English language. And we have room for but one sole loyalty and that is a loyalty to the American people.” For more of President Roosevelt’s thoughts, click here. 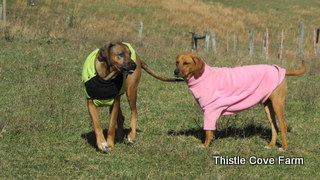 We aren’t Irish Americans, Polish Americans, Afro Americans, Anglo Americans or ______ (fill in the blank) Americans. Everyone has a heritage and even the Native Americans, American Natives, Indians, Redskins (or whatever is PC these days), came here from somewhere else. But, dang nabbit, if you’re a resident of this country, you’re an AMERICAN and, to be exacting, a North American.  Lest you think I’m on a tear re. Dems…the traitor John Boehner has included a provision (pages 958 and 959 of the 1,603 omnibus spending bill) giving social security benefits to illegal aliens under BO’s amnesty order.  Yeah, I have a problem with that, in part because I know 80 year old widows who have been denied, time and again, Social Security benefits. 2012 figures say the USA has borrowed $363,000,000,000 from China…$1,492,000,000,000 from Japan. We’re the largest debtor nation in the world, borrowing money to give it away and the US House and Senate elected officials make $174,000 a year, here while people go hungry and homeless. It’s obscene and I weep at our indifference.

Yes, this is the Christmas season and yes, I’m still against illegal aliens…it’s a slap in the face of those folks who came here legally and sweated, prayed and studied so they could take the difficult
citizenship test. It’s a slap in the face of those who are living on $1000.00 a month and still paying taxes so illegals can have social security and food stamps. Yeah, I have a problem with that and yeah, my kith and kin are from across the pond…Scotland, Ireland, Wales and England to be exact, but they came here legally, well before Ellis Island, and assimilated themselves into the warp and woof of this country. Legally.

Ah well. What can be expected when people live for the here and now and not the hereafter? When people have no fear of an Almighty God, when they live to suit themselves with no regard who gets ripped to pieces in the bargain. It’s obscene and I weep at their indifference.  end of rant…for now…

Dalton, son of my friends, and I filled the wood rack: 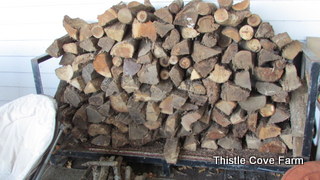 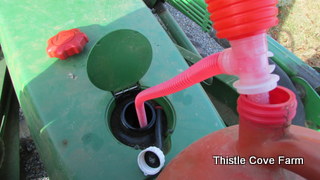 I finished checking and topping off all fluids in all vehicles. 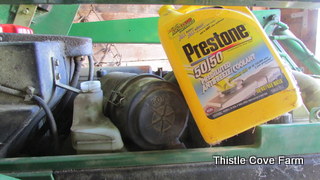 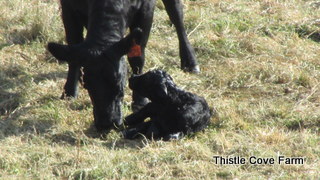 cleaned algae out of a water tank: 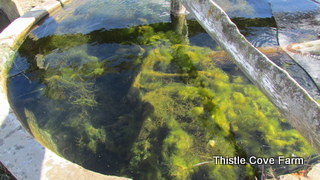 watched a buck leap the fence: 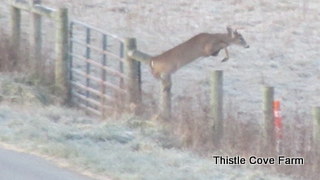 wandered around the farm and house, camera in hand: 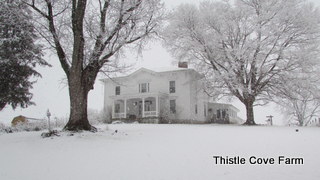 In five days winter will be upon us but this is Appalachia and actual calendars mean little o’ nothing. The weather does what the weather wills and all I can do is be as ready as possible. I’ve finished pointing the foundation…meaning I’ve used mortar to patch the places where the mortar has fallen out. This house is 114 years old and has held up extremely well but, like everything else, from time to time needs a bit of patchwork. The inside temps stay toasty and the wood stove is in use only when the temps drop below freezing or it’s raining/sleeting/icy with a stiff wind.

The county library has a nice selection of British mysteries on DVD; they’re getting a good workout even as the dining room turned sewing room calls out to me. It’s the season of nesting and after working so hard to prep farm and house, I feel lethargic, lazy even, and my energy level is low to non-existent. Earlier today, Anita wrote me, “I too need to get my nose out of the book. It has been gloomy here for over a week. So easy to let the hours slip away. OK, I need to start moving!” When she wrote these words, she had no idea of the encouragement she gifted me. There’s so much to be done on the farm, in the house and there’s so little of me, so little energy and I feel I not only don’t keep up, I continually fall behind. Even so, today I told myself I was going to inject some play into my day…after doing some outdoor work, I took some things to the camper. While the weather is a trifle warmer, I’m determined to enjoy tarting up the “canned ham”. I’ll have a few photos later, along with my recipe for breakfast of champions.

For now, it’s time to say good-night, sleep tight, don’t let the bedbugs bite…ugh…does anyone remember that saying from their childhood?