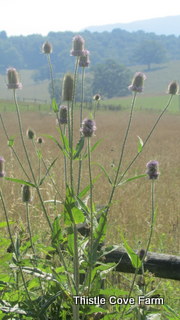 “For every animal of the forest is mine,
and the cattle on a thousand hills.
I know every bird in the mountains,
and the insects in the fields are mine.”
~ Psalm 50:10-11 ~

“In the total expanse of human life there is not a single square inch of which the Christ, Who alone is sovereign, does not declare. ‘That is mine!’ “ ~ Abraham Kuype ~
“The greatness of the man’s power is the measure of his surrender.” ~ William Booth ~
“Everything we have is really loaned to us; we can’t take anything with us when we depart. If we have no use for a thing, we should pass it on to someone else who can use it–now.”
~ Norma S. Scholl ~

“In our good works nothing is our own.”
~ John Calvin ~

“There is no such thing as a great man of God, only weak, pitiful, faithless men of a great and merciful God.” ~ Paul Washer ~
“Sin is cosmic treason. Sin is treason against a perfectly pure Sovereign. It is an act of supreme ingratitude toward the One to whom we owe everything, to the One who has given us life itself. Have you ever considered the deeper implications of the slightest sin, of the most minute peccadillo? What are we saying to our Creator when we disobey Him at the slightest point? We are saying no to the righteousness of God. We are saying, “God, Your law is not good. My judgement is better than Yours. Your authority does not apply to me.
I am above and beyond Your jurisdiction. I have the right to do what I want to do, not what you command me to do.” ~ R. C. Sproul ~
“I have held many things in my hands, and I have lost them all. But whatever I have placed in God’s hands, that I still possess.” ~ Martin Luther ~
“What defines us as Christians is not most profoundly that we have come to know him but that he took note of us and made us his own.” ~ John Piper ~
“One of the greatest missing teachings in the American church today is the reminder to men and women that nothing we have belongs to us.” ~ Gordon MacDonald ~
“Stewardship is the act of organizing your life so that God can spend you.”
~ Lynn A. Miller ~
“If there is one single reason why good people turn evil, it is because they fail to recognize God’s ownership over their kingdom, their vocation, their resources, their abilities, and above all their lives.” ~ Erwin W. Lutzer ~
“It is an anomaly of modern life that many find giving to be a burden. Such persons have omitted a preliminary giving. If one first gives himself to the Lord, all other giving is easy.”
~ John S. Bonnell ~
“God is the Lord of human history and of the personal history of every member of His redeemed family.” ~ Margaret Clarkson ~
“God is never at a loss because He cannot find someone to cooperate with Him in carrying out His plan. He so moves in the hearts of people – either Christians or non Christians, it makes no difference – that they willingly, of their own free will carry out His plans.”
~ Jerry Bridges ~

“Forget happiness.
You were called to a throne.
How will you prepare for it?
That is the question of virtue, Christian style.”
~ N. T. Wright ~

“Behind Calvary’s cross is the throne of heaven.”
~ James Stewart ~

“But even the very hairs of your head are all numbered.
Fear not therefore;
ye are of more value than many sparrows.”
~ Luke 12:7 ~

If you’ve a name to be added to the prayer list, please let me know. Around the world, people are praying.