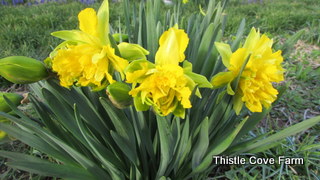 “But you, Bethlehem, David’s country,
the runt of the litter-
From you will come the leader
who will shepherd-rule Israel.
He’ll be no upstart, no pretender.
His family tree is ancient and distinguished.
Meanwhile, Israel will be in foster homes
until the birth pants are over and the child is born,
And the scattered brothers come back
home to the family of Israel.
He will stand tall in his shepherd-rule by God’s strength,
centered in the majesty of God-Revealed.
And the people will have a good and safe home,
for the whole world will hold him in respect-
Peacemaker of the world!”
~ Micah 5:2-4 ~

“We are all immortal creatures, destined either to live an eternal, resurrected existence with Jesus Christ or destined to successfully have avoided God and his claims and to live in a Christless eternity. These are our only options. And this truth should make a tremendous difference in the way we plan and live our lives.
Lewis also said, “Christianity is a statement which, if false, is of no importance, and, if true, is of infinite importance. The one thing it cannot be is moderately important.” But that’s what most church-goers choose; isn’t it? Most people choose the third option, the one that is really no option at all. We regard the truths of Christianity as moderately important. The fact is, though, that it’s either all or nothing, everything or not anything. If this radical stuff is true, then it has the most profound and compelling implications for all of our lives and destinies. It will define our destiny, because, in life, the journey is always defined by the destiny.” ~ Dr. Kenneth Boa ~

“Life can only be understood backwards;
but it must be lived forwards.”
~ Soren Kierkegaard ~

“With wandering eyes and aimless zeal,
She hither, thither, goes;
Her speech, her motions, all reveal
A mind without repose.

She climbs the hills, she haunts the sea,
By madness tortured, driven;
One hour’s forgetfulness would be
A gift from very heaven!

She slumbers into new distress;
The night is worse than day:
Exulting in her helplessness;
Hell’s dogs yet louder bay.

The demons blast her to and fro;
She has not quiet place,
Enough a woman still, to know
A haunting dim disgrace.

A human touch! a pang of death!
And in a low delight
Thou liest, waiting for new breath,
For morning out of night.

Thou risest up: the earth is fair,
The wind is cool; thou art free!
Is it a dream of hell’s despair
Dissolves in ecstacy?

That man did touch thee! Eyes divine
Make sunrise in thy soul;
Thou seest love in order shine:-
His health hath made thee whole!

Thou, sharing in the awful doom,
Didst help thy Lord to die;
Then, weeping o’er his empty tomb,
Didst hear him Mary cry.

He stands in haste; he cannot stop;
Home to his God he fares:
‘Go tell my brothers I go up
To my Father, mine and theirs.’

Run, Mary! lift thy heavenly voice;
Cry, cry, and heed not how;
Make all the new-risen world rejoice-
Its first apostle thou!

What if old tales of thee have lied,
Or truth have told, thou art
All-safe with Him, whate’er betide
Dwell’st with Him in God’s heart!”
~ Mary Magdalene by George MacDonald ~


“Aslan turned to them and said:
“You do not yet look so happy as I mean you to be.”
Lucy said, “We’re so afraid of being sent away, Aslan, And you have sent us back into our own world so often.”
“No fear of that,” said Aslan. “Have you not guessed?”
Their hearts leaped and a wild hope rose within them.
“There was a real railway accident,” said Aslan softly. “Your father and mother and all of you are–as you used to call it in the Shadow-Lands–dead. The term is over: the holidays have begun. The dream is ended: this is the morning.” And as He spoke He no longer looked to them like a lion; but the things that began to happen after that were so great and beautiful that I cannot write them. And for us this is the end of all the stories, and we can most truly say that they all lived happily ever after. But for them it was only the beginning of the real story. All their life in this world and all their adventures in Narnia had only been the cover and title page: now at last they were beginning Chapter One of the Great Story, which no one on earth has read: which goes on for ever: in which every chapter is better than the one before.” ~ C. S. Lewis ~

Jesus Christ is the only Son of the Living God and died for all our sins. If you’ve never trusted Christ for your eternal salvation and would like to, please send me a private note. It would be a privilege and honour to show you The Way.


If you’d like a name added to the prayer list, please let me know. Around the world, people are praying.