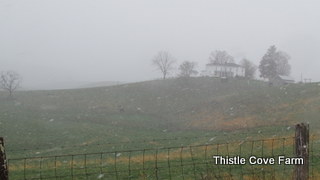 The last couple of weeks have been full and interesting. There’s been a spring blizzard where the snow struck the valley ground and melted, almost immediately upon impact, but hung around on upper levels. 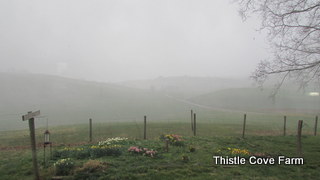 There have been lashings of rain where I couldn’t see much in front of me and the roads were three inches deep in water. There’s been sunshine, grass growing, the earth looks greener and flowers are both blooming and spent. In other words, it looks like spring! However, just in case I’ve grown accustomed to the warmer temps, spring is teasing with frost bitten nights that are precluded by dragging in of plants, small and large. 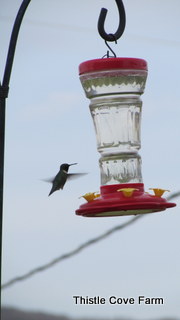 The hummingbird feeder was put out 1 April and on Easter Sunday the first bird arrived. Since then, there have been three and more are expected. “Experts” say, “Put out feeders 1 May” but they are wrong and here’s proof positive. I also keep feeders up until end of September because the humming birds like to stay later than first of September. 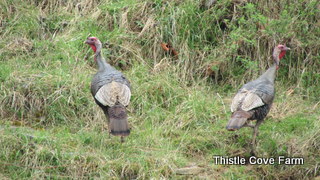 Lots of turkeys have been spotted; one day a rafter of more than two dozen and today, seven. Ben Franklin wanted to make the wild turkey our national bird but the vote went to a carrion bird, the American bald eagle. 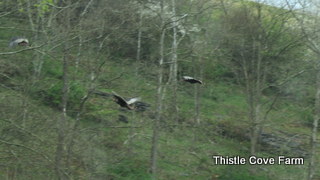 I managed to get a, blurry, photo of turkeys flying across the road…always an amazing sight! 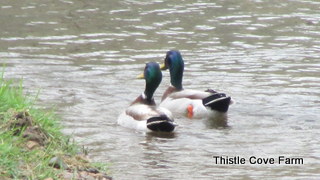 This spring has been the most poignant, bittersweet of any since I’ve lived here, or, any I can remember. Last spring, the first second after Dave’s death, surely was the same but I can’t remember; that entire first (and second) years is are such a blur and, unlike the ducks, I barely kept my head above water. No one died so I must have done my job as a steward but, in order to gather any inkling of anything that happened, I have to refer to this blog. It’s the only memory I have of that first those years. 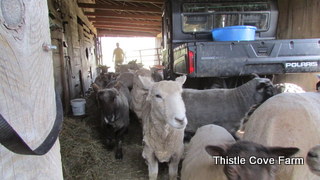 Regular readers know what an extremely bitter and difficult winter I had; February and March were brutal in the extreme with low temps, blizzards, high winds and it took all the physical strength I had to plow through. This winter made a bitter pill easier to swallow; the sheep and alpacas have been given sold to someone who will care for them as I or any other good steward should. 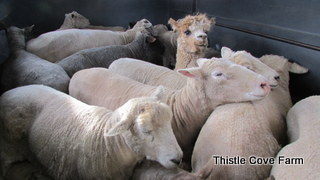 One alpaca was gathered in with the sheep while the other three were put into the back of the truck. They only had a couple of hours journey and the new owners report everyone is fine and have recovered nicely from their ordeal. I was strong and didn’t keep even one ewe, not even Carly’s sister because I felt she’d be better off with her flock. They’ve been together close to twenty years and it would be upsetting to separate them. Carly was separated only because it was her choice. She wandered up the driveway, into the yard and one day announced, “Mom, I’m home!” She lived in the yard for the last few years of her life and loved the extra attention, food and arthritis meds twice a day. 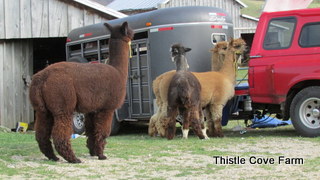 It’s the end of an era at Thistle Cove Farm. Yes, I did cry when they left but I know the new owners are good stewards and gave me permission to visit.  It’s strange, to look over the pasture and not see sheep or alpacas; counting noses doesn’t take as much time these days.


Many thanks to you who have prayed for my Beloved Sistah, Stephanie. She goes for tests and we’re hopeful a determination will be made that will provide direction for new meds. She’s holding up, praying and, within her new limitations, trying to live a normal life. We’re all still praying for a full and complete recovery; please, won’t you join us in prayer?


God willing, there are more changes coming, In His time and will; this I accept. Bless you for reading, and if you pray or comment, bless you for that as well. If you want to send a PM, it will be gratefully accepted and responded to; if not, that’s fine as well. As time permits, I will be around to visit, keep the kettle on and brownies made, you are loved.