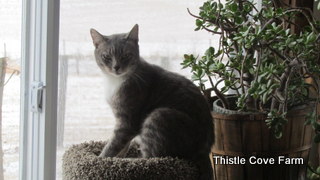 “We are addicted to our thoughts. We cannot change anything if we cannot change our thinking.”  ~ Santosh Kalwar ~
“Judge a man by his questions rather than by his answers.” ~ Voltaire ~
“The mind is not a vessel to be filled, but a fire to be kindles.” ~ Plutarch ~
“Whether you think you can or think you can’t, you’re right.” ~ Henry Ford ~

“The trouble with having an open mind, of course, is that people will insist on coming along anda trying to put things in it.” ~ Terry Pratchett ~
“A person is limited only by the thoughts that he chooses.” ~ James Allen ~

“Five percent of the people think;
ten percent of the peple think they think;
and the other eighty-five percent would rather die than think.”
~ Thomas Edison ~
“Poirot,” I said. “I have been thinking.”
“An admirable exercise my friend. Continue it.”
~ Agatha Christie, Peril at End House ~

“People don’t like to think, if one thinks, one must reach conclusions.
Conclusions are not always pleasant.”  ~ Helen Keller ~
“Readers are plentiful; thinkers are rare.” ~ Harriet Martineau ~
“Thinking is the hardest work there is, which is probably the reason so few engage in it.”
~ Henry Ford ~
“He who thinks little errs much…” ~ Leonardo da Vinci ~
“Life is a comedy to those who think, a tragedy to those who feel.” ~ Jean Racine ~
“We can not solve our problems with the same level of thinking that created them.”
~ Albert Einstein ~

“What you keep before your eyes will affect you.” ~ Joel Osteen ~

“If you make people think they’re thinking, they’ll love you;
But if you really make them think, they’ll hate you.”
~ Don Marquis ~

“Tall, aren’t you?” she said.
“I didn’t mean to be.”
Her eyes rounded. She was puzzled. She was thinking.
I could see, even on that short acquaintance, that thinking
was always going to be a bother to her.”  ~ Raymond Chandler, The Big Sleep ~

“Finally, brothers and sisters, keep your thoughts on
whatever is right or deserves praise:
things that are true, honorable, fair, pure, acceptable, or commendable.
Practice what you’ve learned and received from me,
what you heard and saw me do.
Then the God who gives this peace will be with you.”
~ Philippians 4:8-9 ~

If you’d like a name added to the prayer list, please let me know. Names are kept for one week; around the world, people are praying.