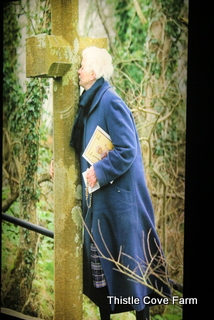 ~ photo of a photo at Cliffs of Moher ~

Have you ever gone about your business, your daily life, thinking all is well and you’re doing just fine? No worries, none major that is, and your to-do list is manageable and you’re even ticking off some “done” items. The sky is blue, the sun is shining and there’s a pervasive (uh oh, insert organ music) sense of all’s right with the world. Last Friday, that was my attitude, I felt positively chipper and took a few minutes to read some blogs. One was a post about St. Patrick’s Day and the writer even had a photo of herself, green streaks in her hair, table dressed beautifully and I thought, “But isn’t St. Paddy’s Day the 17th? Isn’t today the 15th?” And, the more I thought, the more I thought myself wrong. That’s right…I managed to convince myself my rightness was wrong and so I posted St. Patrick’s Breastplate a full three days ahead of schedule!


Yes, my name is Sandra and I’m an eejit! But I can forgive myself whilst looking at my photos taken during my Irish holiday last year. Later, I’ll do a travelogue but for now, will show a few photos taken in Ireland. While at Cliffs of Moher, I walked from Hags Head, the southern point to the northern tourism center, some 5 kilometers. The footpath went along the cliffs and, with a very strong wind, was invigorating, exciting and, sometimes, caused the heart to beat rapidly as cliffs edge was a few, very few, feet away and more than 700 feet above the Atlantic Ocean! 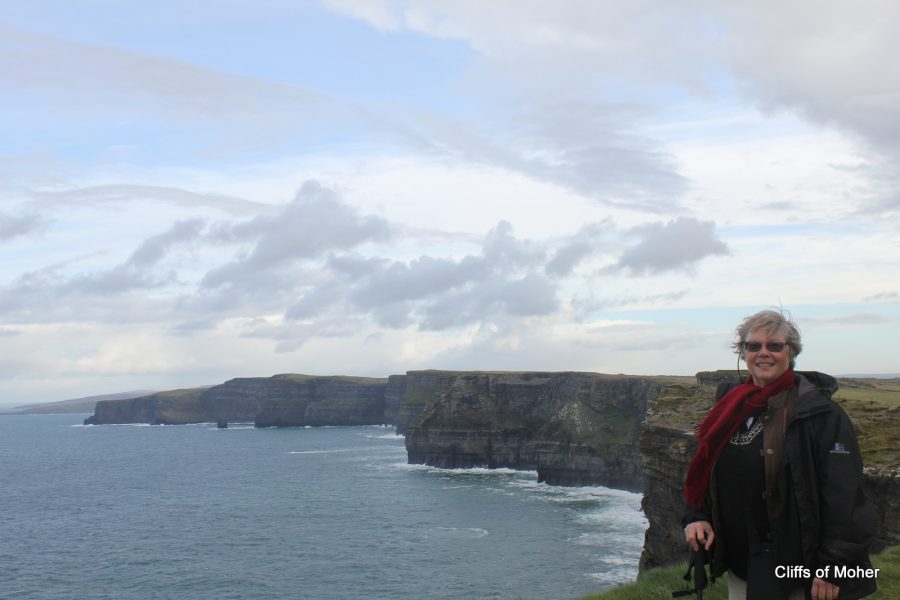 ~ an eejit standing at the Cliffs of Moher ~

If you’ve never heard of, nor read, St. Patrick’s Breastplate, please go here. First you’ll read the poem, then you can hear a choir sing the heavenly music and you can read a bit about the history of the piece. I don’t even mind if you have a Irish brew while you do it.


If I’d planned better, I would be watching an Irish film tonight. Some of my favorites are The Quiet Man – but anything that has the wonderful Duke and marvelous Maureen O’Hara (who’ll be 94 in August) has to be excellent. Here, she speaks of her favorite leading man and here, the portrait mentioned in the video. The Maureen O’Hara Magazine, here, is raising money for the restoration of the Quiet Man cottage. 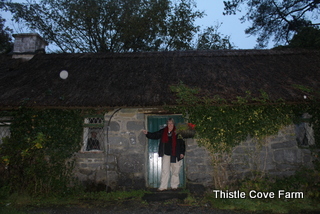 Other favorite films include The Secret of Roan Inish which is visually lush and hauntingly beautiful; but, how can it be otherwise, having been filmed on the west coast of Ireland in Donegal?


Two that I’ve not seen, but think I want to, is The Wind That Shakes the Barley and The Secret of Kells. 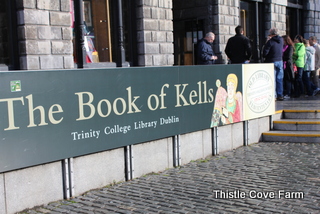 ~ I visited Trinity College and The Book of Kells…amazing! ~

A definite want to see is Circle of Friends, a film adaption by Irish novelist Maeve Binchy. I also want to see The Lilac Bus and Tara Road, both written by Mrs. Binchy and made into films. My list includes The Field,  The Last September and Waking Ned Devine. 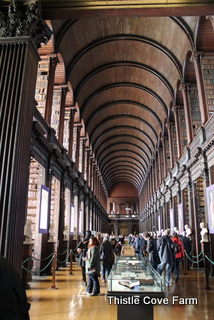 Mrs. Binchy is one of my absolute favorite story tellers and she weaves…the perfect word!… her stories from book to book, trailing characters along like seemingly random thoughts. I think she would have been a wonderful friend. She was frequent in her praise of her husband, kind toward her readers and her last book, A Week in Winter, was set on the west coast of Ireland and finished only days before she died in July 2012. Gordon Snell, a writer in his own rights, thought the book should be published anyway and presented to her readers. God bless him for that gift, I finished it tonight. Read here for a lovely tribute. 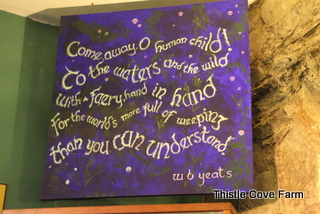 She said, “I’d like people to think I was a good friend and a reasonable story-teller and to know that thanks to all the great people, family and friends that I met, I was very, very happy when I was here.” She certainly made me very happy; I could get lost, and have done, in one of her books to the exclusion of everything else, save feeding the animals. I always felt I was reading about people I know, that I’d met and am always pleasantly sad to finish one of her books. 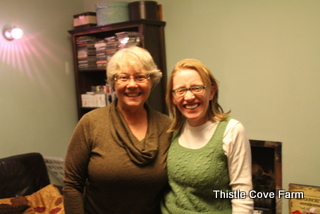 ~ Sandra with Mags of fraiselachrymose ~

I traveled in both Republic of Ireland and Northern Ireland and out of a possible 32 counties, I visited 20 or 21 which isn’t bad for two weeks travel time. While in Belfast, I stayed with blogger friend Mags, and her family, she of fraiselachrymose blog. Absolutely delightful, she, her husband and their two boys. I want to go back! said in a whining voice.


Bennett is my last name and it’s said to have originated in Scotland (Benet) by way of France (Benoit) and now found all over southeast Ireland. It’s from ancient Latin, Benedict, meaning blessed and I am…greatly blessed.


Happy St. Patrick’s Day to all!