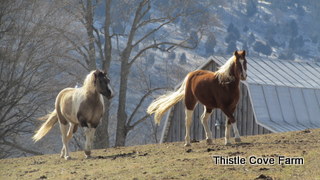 Although colder temps still linger, the snow has melted and daylight hours bring a modicum of warmth. The wind still has a decided bite but, dare I hope, spring creeps ever so diligently closer…day by day, and, as of today, spring is ten TEN days away…be still my heart! Due to illness, this last week has been spent doing the basics and not much more. It seems all that spare time available since Carly, Harry and Sophie died, wasn’t going to be spent doing fun stuff. Oh No! It was spent taking antibiotics and Sambucol, drinking copious amounts of water, eating (somewhat) healthfully and sleeping. At least sleeping during the night; I’m one of those people who find it difficult to sleep during the day but I can crank out eight to ten hours a night, depending upon exhaustion level. Even so, it would be boorish of me to complain about being sick as the last time I was ill was Dec 2010 and, even this time, it wasn’t dreadful. Just enough to make my wagon drag and suck energy like Al Gore’s house. 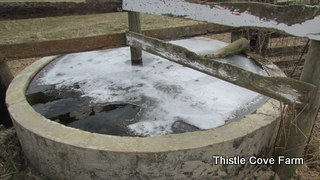 Water troughs still have ice but one sunny, warmish day the dogs and I opened gates for Daddy John. He was feeding silage and having a gate opener decreases both the amount of work, energy needed and speeds up the job. 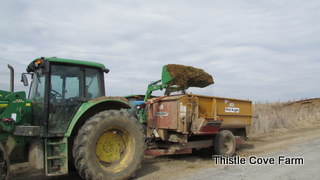 John uses one tractor to load silage into a loader which will disperse the amount he wants to each individual cow herd. 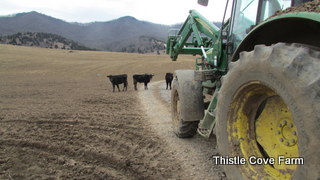 I’m standing beside the open gate, watching as the cows watch the tractor. It doesn’t take long for the animals to associate the tractor sound with food!  If I remember correctly, he put about 6,000 pounds of silage on the ground for these cattle then we moved to the adjacent pasture. 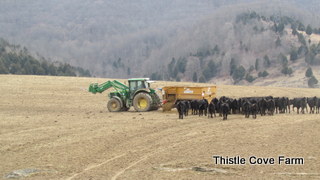 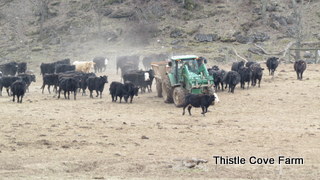 After John finished feeding, I closed the gate and went down the road to take pictures of the new lambs. 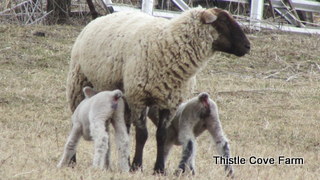 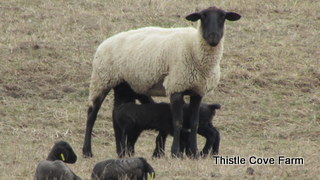 Last week, I put out round hay, a task that I do very slowly, extremely carefully and not without a bit of trepidation. It takes the men fifteen minutes to sit out hay; it takes me thirty, or more, depending upon weather. The hat lots are on a slight incline and backing the tractor on a hill takes extreme concentration on my part. 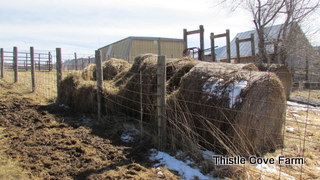 After moving bales away from the fence, I ended up pushing, not carrying, hay because my summer help put the hay too close to the fence; the result being, HayJ and Bo leaned across the fence, broke it down and started munching. The hay was too loose to pick up and carry so I pushed it into the field and left it. 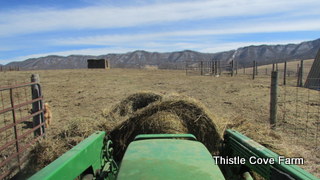 I was annoyed at my summer help because it was his fault but my responsibility to see the job was finished correctly so am paying the price of having some hay wasted. There’s, ultimately, only myself to blame. 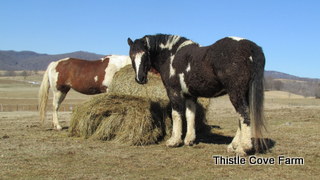 HayJ doesn’t seem to mind; he’s the black and white Curly x Percheron and is a huge horse. He’s so tall, he can raise his head and I can’t get his halter on him so I trick him. I put a bucket of sweet feed on the ground and make him put his head through it in order to get to the feed. As Queen Victoria said, “We are not amused”…but I am and chuckle anyway. When you’re 5’5” tall and your horse is about 18 hands tall, tricks are allowed. 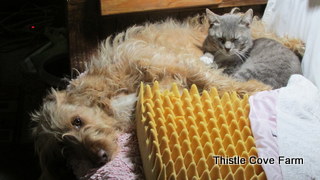 Mornings begin with dogs and I piled on the sofa and me having devotions. Gray Tom likes loves to curl up next to Sam, long suffering Sam, and the day begins gently. Tonight, it’s going on 11:00 which is hours past my bedtime. Have I mentioned how much I despise hate daylight savings time? I want to know what’s being saved ’cause it’s sure not anyone or anything I know. Farmers, generally, hate dst and with good reason. It’s light at 7 p.m. and by the time I get back inside, feed the cats and dogs, feed myself, get ready for bed, check e-mail it’s past 9. If I want to update the blog, it’s late…going on 11:00. grrrr! It’s time to put the dogs out for their last toilet, more meds for me then sleep for all.

Sweet dreams to you.