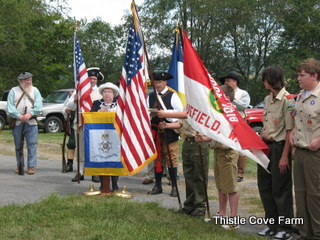 You have less than 24 hours to tell the IRS NO! There are plenty who have problems with that government organization and the power they wield but now there’s more reason for concern.


The IRS is proposing regulations that will give them the authority to make rules to shut down conservative, and other, organizations such as Family Research Council, The Tea Party, American Family Radio, etc. Ultimately, churches and religious organizations could be affected as well and, from the get-go, freedom of speech would be compromised, especially for conservatives.


Patrick Vaughn, American Family Association General Counsel, says, “The proposed regulations are consistent with the IRS’ scandalous suppression of Tea Party applications for tax exemption. The IRS seems to have decided that it may have to process Tea Party applications, but it can render the organizations impotent.” Read his summary here.


If the IRS policy is allowed, many conservative groups “will no longer be able to distribute voter guides, promote voter registration, report voting records of elected officials, or even mention the names of candidates who are running for election.”


Your comment may be as simple as “The proposed go far beyond the proper role of the IRS. The IRS exists to collect revenue, not to regulate free speech.”


Hurry, there’s not a lot of time! To send the IRS your comment, go here. This is what I wrote: The IRS exists to collect revenue, not to regulate free speech. The proposed rules/regulations go far beyond revenue collection.


Basically, the IRS is attempting to override our First Amendment Right to Free Speech. If you have problems with that, send a note here.

Share
Pin
Email
« At War
Kicking February to the Curb! »