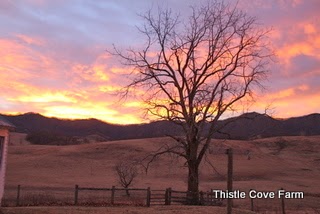 “Thou shalt not lie with mankind,
as with womankind;
it is abomination.”
~ Leviticus 18:22 ~

“Alcohol doesn’t console. It doesn’t fill up anyone’s psychological gaps, all it replaces is the lack of God. It doesn’t comfort man. On the contrary, it encourages him in his folly, it transports him to the supreme regions where he is master of his own destiny.” ~ Marguerite Duras ~
“If any case, whether homosexuality results from genetics or upbringing, people don’t generally choose to be homosexual. Many homosexuals testify how agonizing it is to find yourself with these desires and to fight against them, and they’ll tell you they would never choose to be that way. And the Bible doesn’t condemn a person because he has a homosexual orientation. What it condemns is the homosexual acts. It is perfectly possible to be a homosexual and be a born-again, Spirit-filled Christian.”
~ William Lane Craig ~
“Passion is the evil in adultery. If a man has no opportunity of living with another man’s wife, but if it is obvious, for some reason that he would like to do so, and would do so if he could, he is no less guilty than if he was caught in the act.” ~ Saint Augustine ~

“No adultery is bloodless.”
~ Natalie Ginzburg ~

“Just because someone is a homosexual does not mean that we cannot love him (or her) or pray for him (or her). Homosexuality is a sin, and like any other sin it needs to be dealt with in the only way possible. It needs to be laid at the cross and repented of.” ~ Matt Slick ~
“Flee fornication. Every sin that a man does is without the body, but he that commits fornication sins against his own body.” ~ Paul ~

“There is more refreshment and stimulation in a nap,
even of the briefest,
than in all the alcohol ever distilled.”
~ Ovid ~

“One reason God tells us to honor marriage and keep the marriage bed pure has to do with baggage. We carry baggage into our sexual relationships. Memories from the past, emotional scars and unwanted mental images can defile our thoughts and make our marriage bed less than pure. Certainly God can forgive the past, but that doesn’t mean we’re free from the baggage that can linger in our minds.”
~ Mary Fairchild ~
“The monstrosity of sexual intercourse outside marriage is that those who indulge in it are trying to isolate one kind of union (the sexual) from all the other kinds of union which were intended to go along with it and make up the total union.” ~ C. S. Lewis ~
“Avoid using cigarettes, alcohol and drugs as alternatives to being an
interesting person.”  ~ Marilyn vos Savant ~

“Adultery is an obvious violation of the rights of another.
You are stealing what doesn’t belong to you.”
~ Sam Storms ~

“I got sober. I stopped killing myself with alcohol. I begin to think: ‘wait a minute – if I can stop doing this, what are the possibilities?’ And slowly it dawned on me that maybe it was worth the
risk.”  ~ Craig Fergurson ~

“When adultery walks in,
everything worth having, walks out.”
~ Woodrow Kroll ~

“I have certain moral parameters that I do not cross in writing. I don’t write about adultery or kids having premarital sex.” ~ Nicholas Sparks ~
“An idol of the mind is as offensive to God as an idol of the hand.” ~ A. W. Tozer ~
“As conscience grows more passive and the evil spirit supplies his guidance, some Christians begin to lower their moral standard – thinking they henceforth live according to a higher life principle, and therefore treat immoral matters as not quite so immoral any more.” ~ Watchman Nee ~
“A god who let us prove his existence would be an idol.” ~ Dietrich Bonhoeffer ~

If you’d like a name added to the prayer list, please let me know. Names will be kept one week; around the world, people are praying.