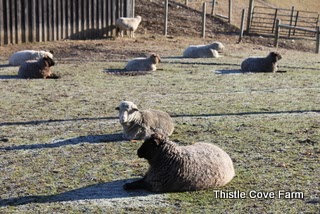 Since 2009, Alece Ronzino has been the author of

She writes, “…The whole point of One Word 365 is living with intentionality…” and
from her blog, “Well, it’s time to start thinking of your One Word for 2014…What do you want to focus on this coming year? Who do you want to be?

“Your word can be anything you want. All that matters is that it has personal meaning for you. It can be something tangible or intangible. It can be a thought, a feeling, an action, a character trait. Your word will stand as a reminder, a nudge. something you can reflect on, that will challenge you, inspire you. A touchstone you can return to time and time again to help you stay the course this year…

The second page of her website says, “Find your tribe” where you can type in your word and find others who have also chosen that same word.

Unless you’re me. If you’re me, the word you’ve chosen isn’t a popular word, it’s old fashioned, out of date and akin to naming your child Oscar or Henrietta. My word is favor…as in God’s favor. As in, I want to, deliberately and with great intention, focus on seeking, and finding, God’s favor in my life in 2014. His blessings surround me daily; indeed, the very breath in my body is a gift from the Almighty, is His enthusiasm over and in me, meaning His inspiration showered upon me.  The very thought makes me gasp.

Some of you may remember my Daddy’s saying, “If you’re living the way you’re supposed to be living, there’s no need for New Year’s Resolutions.” I can’t say I ever remember making any such resolutions but have been choosing a word since Dave got sick in 2010. In 2010 I didn’t choose a word and can remember being totally clueless about what lay ahead. Neither Dave nor I had any idea of the path we were going to have to walk in that coming year. The word for 2011 was breath because I had trouble remembering to breath and was, constantly and continually, gulping huge, deep lungs of air. In 2013, the words were intentional grace. (apparently, I have a problem with only one word -wry smile-.) Frankly, I don’t remember much of anything since he got sick in August 2010 and died in November 2011; keeping this blog has been a good thing for me, it’s allowed me to have a sounding board and then, go back and read my posts. I am truly amazed at some of what I wrote; emotional shock is a hard thing to live through, especially when it seems to never fade or go away. Even today, there are days when I feel, somewhat, in control but, mostly, I’m still walking around in a deep fog, still crying bitter tears, still grieving like the past two years haven’t happened; thank God for the animals and the farm.

Anyway, think about what Alece has written; think about choosing a word to be your focal point for 2014 and then, let both Alece and me know what word you’ve chosen.