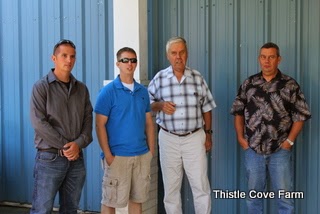 Fourteen years ago, my oldest nephew was graduated from high school. I’ve been de-cluttering and throwing away a bunch of stuff and found his valedictorian address:


“The class of 2000! Whether we are the last class of the 20th century, or the first class of the 21st century, it doesn’t really matter. What really matters is the experiences we’ve shared — the prom, skip day, growing up together, making mistakes, fighting, forgiving, and fighting again and in the end, being there for each other. The kind of friendship I believe we have here at the Academy is much like the one portrayed in this story of a WWI soldier.


He asked his officer if he might go out into the “No Man’s Land” between the trenches to bring in one of his comrades who lay grievously wounded. “You can go,” said the officer, but it’s not worth it. Your friend is probably killed and you will throw your own life away.” But the man went. Somehow he managed to get to his friend, hoist him onto his shoulder, and bring him back to the trenches. The two of them tumbled in together and lay in the trench bottom. The officer looked very tenderly on the would-be rescuer, and then he said, “I told you it wouldn’t be worth it. Your friend is dead and you are mortally wounded.”
“It was worth it, though, sir,” he said.
“How do you mean, ‘worth it’? I tell you your friend is dead.”
“Yes, sir,” the boy answered, “but it was worth it, because when I got to him he was still alive, and he said to me, ‘Jim, I knew you’d come.'”


That’s the kind of friends we of the class of 2000 are…in time of real need we are there for each other. I am proud to be a part of Amelia Academy’s class of 2000 and of the friendships I’ve made over the years. After all, friendship is one of the foundations of life.


We are now going our separate directions — some to further our education, others to the job market and some are still undecided about immediate plans. But the skills we’ve developed making friends here are the Academy have laid a good foundation for making friends wherever we go. The ability to make new friends is as important as keeping contact with old friends.


How do you know real friends? They are the ones who, when you make a fool of yourself, don’t think you’ve done a permanent job. It has been said that false friends are like a shadow, keeping close to us while we walk in the sunshine, but leaving us when we cross into the shade. Oscar Wilde, however, said a true friend always stabs you in the front. I guess I have felt a few of those stabs from time to time. chuckle


Before long we will be in “the real world”, as our parents and teachers call it. It is a new beginning–an exciting beginning! It is a time of new opportunities and of exciting adventures. This is the time we have looked forward to and we are ready — I think! While there will be moments of doubt, and the phrase 9 to 5 will take on a new meaning, life is meant to be lived and our lives are out ahead just waiting for us!


As hard as it might seem right now, with time, we may even wish we were back at good old Amelia Academy. And that’s one of the special features of our school. We can come back when we want to and when we need to and know that we are always welcome.


WOW, the class of 2000! In just a few moments we will be alumni. I trust that we will always be friends. Make plans now to attend our first class reunion! But until then, remember that friendship is on of the foundations of life, whether a student, or a part of “the real world!”


Blessings ~ two excellent nephews ~ friendships ~ friends ~make new friends but keep the old. one is silver, the other is gold ~