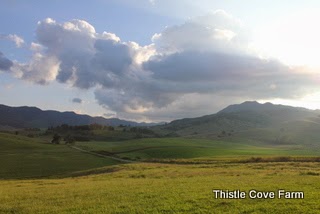 I’m feeling quite irascible so read at your own risk and with tongue planted firmly in cheek.

I had a business meeting today and it was a great learning experience. I learned a lot about the coal industry and how the current administration and other nut jobs Al Gore have been riding a dead horse re. the environment. I mean, who can blame Al, right? He’s come from a paltry $1.7 million to a net worth around $200 million; apparently dirty environment pays veddy, veddy well and he’s hot on the heels of Romney, wealth wise. About $100 million of Al’s money is coal money so there’s a connection, the only connection, between Al and me. Thankfully.

One more thing about today’s meeting…I met a delightful woman, much older than I, who opened her heart to me when she overheard me telling someone Dave died. She reached across the table, took my hands in hers and wept with me. How unbelievable to meet someone that enormously real; who knows what being a widow is like and did not hesitate to give her heart to another woman in pain. She gave me council…told me life would get better and not just go on. She said, “…don’t discount meeting someone else and re-marrying because to have loved someone as much as you loved your husband, means you have a lot of love to give.” Then she said, “Be sure and get a pre-nup because some “fxxxxxx” would take you for all you’re worth.” I about fell off my chair and almost got whiplash from the eye blinks I was doing! I’m telling you, it was hilarious; this beautiful, and beautifully coiffed, older woman using such language and she never blinked an eye. Too funny!

By my own admission, I usually leave the farm only when I have to leave the farm. I mean, would you leave the above view for sidewalks, street lights, people and traffic? I’m also not crazy about J. Q. Public…s/he tends to annoy me and it’s not good to annoy me. It makes both our lives poorer for the experience. Anyway, for the past “while”, every time I go into a store, upon exiting, they ask for money. “Would you like to donate $1 to xxxxx today?” “Actually, no, I would not. I have places to which I give charitable donations and your charity is not on my list.” No, of course that’s not what I say, but it’s what I think. What I say is, “Not today, thanks.” One day I counted it up…if I would have given a dollar every time I was asked, that would have been $9 that day alone. Is it the money? Yes, actually it is the money. It’s also because I like to research charities and see how much they use for salaries, administration, publicity, asking for money, housing, utilities, etc.

Yes, it is my right to make a judgement call because it’s my money. I try to be a good steward and sometimes that means saying No. A wise person said, the only people who don’t pay attention to their money are the people who have no money to give their attention.

Christmas is coming, less than three months, so there are a few places to check when money requests appear. Charity Navigator and Charity Watch are two places to check and always remember, it’s your  money so it’s perfectly all right to make a judgement. Actually, it’s expected you make wise decisions regarding your money. It’s part of the responsibility of giving money, making wise decisions.

Since Dave died, it seems the vast majority of people who contact me want something. I’m sure they feel they all have good reasons for wanting me to do…or give…or donate…or, or…whatever but the answer is still no. Someone wanted to come tour the farm and I explained my husband died and the farm was closed to tourism. This person said, “So, is that permanent or what?” Did they mean Dave or the tours, I wonder?


Another person wanted to tour my home. I said, “No, it’s not a good time for me”. They said, “But….” and had a string of reasons why I should do what they wanted me to do and when I said “No, it’s not happening”  this person began to bully me. I finally said, “NO” and hung up. Frankly, I don’t have to give a reason…no is perfectly acceptable and, no, I really don’t care what you think of me. Like I always told Dave, “I care enormously those opinions of people I respect; the others, not so much.”

To the folks who make anonymous comments on my blog…go away. If you don’t have the courage to stand behind your mouth…you’re not allowed to comment. I’m tired of folks leaving comments when they disagree with what I write and leaving no way for me to respond, other than here. Hey YOU! News flash…it’s not your blog but it is my rules. My new rule is…no anonymous comments. Those who are respectful, courteous dissenters are welcome but I’ve had it with rude people. GO AWAY or get some manners! You’re not welcome here and you’re not allowed to comment here. Capice?

Told you I was feeling irascible. grin

Share
Pin
Email
« Is Your Congress Rep a Hero or a Putz?
Sabbath Keeping »