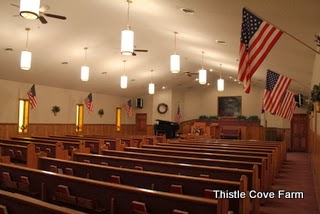 I’m fed up with this stupid government and the idiots who are playing fast and furious with WE THE PEOPLE’S MONEY. Yeah, it belongs to us and they are supposed to answer to us…those heinous people like Pelosi, Reid, Obama, Warren, Biden.

HEAR THIS…I am sick and tired of all of you and want you all to QUIT and GO HOME.
P.S. Leave the money. It doesn’t belong to you and if you take it, you’re a thief.

Congressional Representative Randy Forbes represents the 4th District of Virginia and has written the Chief Administrator of the House of Representatives to request that his salary be withheld. Further, he has cosponsored H.R. 3160, the Government Shutdown Fairness Act, which would withhold all Members of Congress’ salaries until the impasse has ended. He also request that Congressional paychecks be reduced by the number of days the government is shut down.

Rep. Forbes has voted against Member pay increases and also introduced H.R. 284, the Congressional Accountability Pay (CAP) Act. This would make Congress members personally accountable for overspending and would tie their salaries to grown in government spending. IOW, the more the federal government spends, the less Congressional members earn.

WAIT, THERE’S MORE! Forbes has supported legislation that would require the President, the Vice President and all political appointees to join Congress and all staff in obtaining health insurance through health care exchanges and eliminate any employer contribution to health insurance purchases. No opt out!

Nonessential employees in Mr. Forbes’ office have been furloughed but essential employees are on site to ensure constituents have a voice in the process. IOW, his phones are being answered and he’s fighting for the people of Virginia’s 4th District.

So, is your representative in favor of reducing his or her salary? How about being a part of obamacare? In my book, Congressional Representative Forbes is a HERO. Which is yours…a hero or a putz?